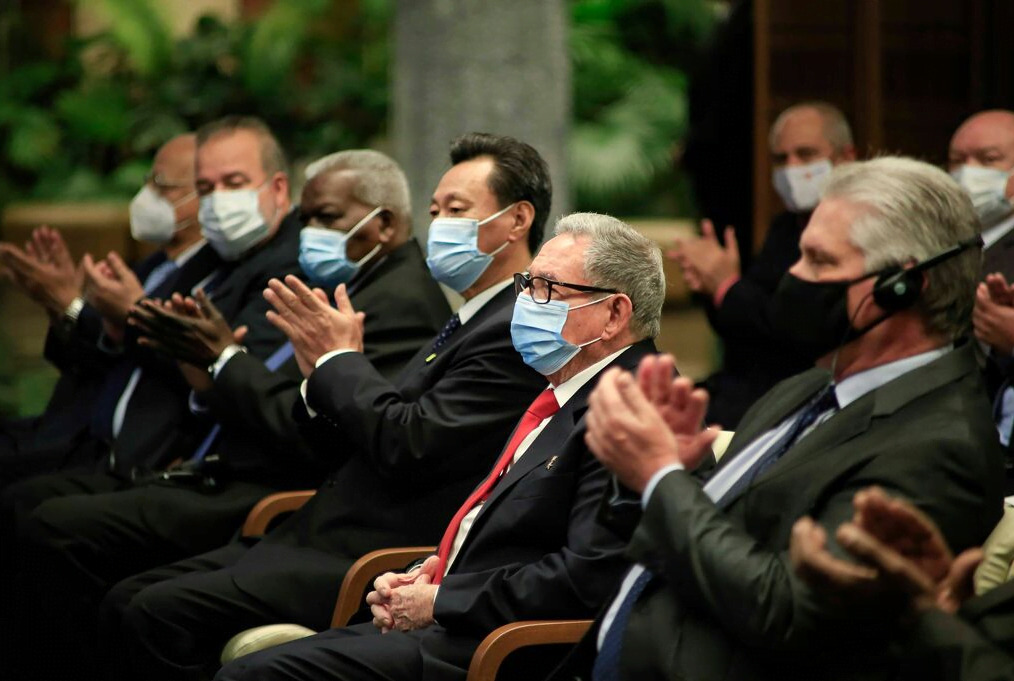 Havana, December 12 (RHC)-- Cuba and the Democratic People's Republic of Korea (DPRK)  revalidated their friendship, solidarity, and route towards socialism, traced more than 60 years ago by their respective historical leaders, Fidel Castro, and Kim Il Sung.

This expression of brotherhood was confirmed at a political-cultural evening held Friday at the Palace of the Revolution in Havana, which was attended by the First Secretary of the Cuban Communist Party (PCC), Raúl Castro, the President of the Republic, Miguel Díaz-Canel, and the DPRK's ambassador here, Ma Chol Su.

Speaking at the event to mark the 60th anniversary of bilateral relations, Vice President, Salvador Valdés said that amidst unprecedented challenges, Cuba and the DPRK's peoples and governments continue their efforts to develop their indestructible ties.

He assured that the island will continue to support the DPRK in its efforts to build a prosperous socialist nation, achieve peaceful national reunification and find a lasting political solution for the entire Korean peninsula that considers Pyongyang's legitimate concerns.

Valdes thanked the DPRK for its continued support to the resolution Cuba presents at the UN General Assembly calling for an end to the unjust economic, commercial and financial blockade imposed by the United States for more than half a century.

During the ceremony, Ambassador Ma Chol Su said that the establishment of diplomatic relations between his country and Cuba on August 29, 1960, was a historic event in the development of bilateral ties of friendship and cooperation in a comprehensive manner.

He recalled that the Koreans have engraved in their hearts Kim Il Sung's order given during the so-called October Crisis (1962), to fight together with the Cubans in the same trench with weapons in hand until the last drop of blood.

He expressed total and unconditional support and solidarity to all the efforts of the Cuban Communist Party and the government of Cuba in updating the economic and social model for the development of the national economy and the welfare of the people.

He also thanked the Party and the government of Cuba for organizing activities in 2020 to significantly commemorate the 60th anniversary of establishing diplomatic relations despite the difficult situations generated by the Covid-19.