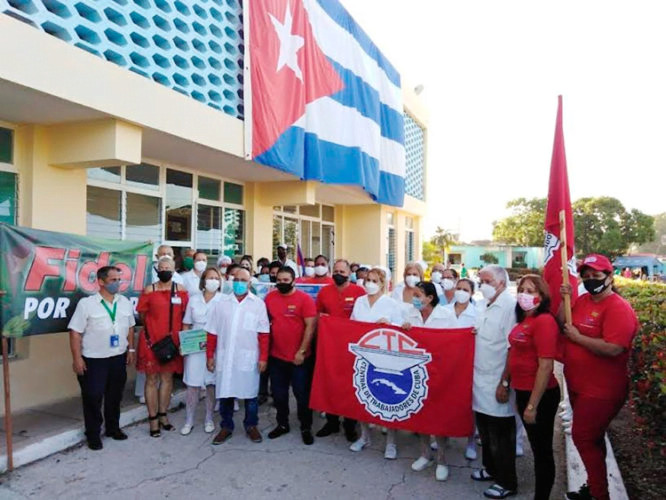 Havana, October 18 (RHC)-- The Cuban Trade Union Federation (CTC) rejected calls for an illegal march in the Caribbean nation that seeks to promote destabilizing acts and provoke a regime change.

In a statement published on Sunday in the Workers newspaper, the CTC denounced that internal political operators, led and encouraged from abroad, announce the intention of carrying out a mobilization that they have presented as peaceful and lawful, invoking the Constitution.

It pointed out that, according to the articles of the Cuban Magna Carta, the peaceful exercise contemplates not making an attempt against others, nor violating the peace of the citizenry, nor stimulating the reversion of the established order.

A lawful action cannot harm the rights of others, affect collective security, general welfare, public order, and must always be carried out with respect for the Constitution and the laws, the CTC said.

It also stated that this call for mobilization has the poorly disguised objective of generating a change in the political system in Cuba and a return to capitalism. It is supported from abroad by people calling for military intervention on the island and well-known figures of the counterrevolution based in Florida.

We firmly reject those who promote destabilizing acts."We are convinced that no provocation will succeed in demoralizing or intimidating those of us who fight here for the present and the future of the nation," the CTC text stated.