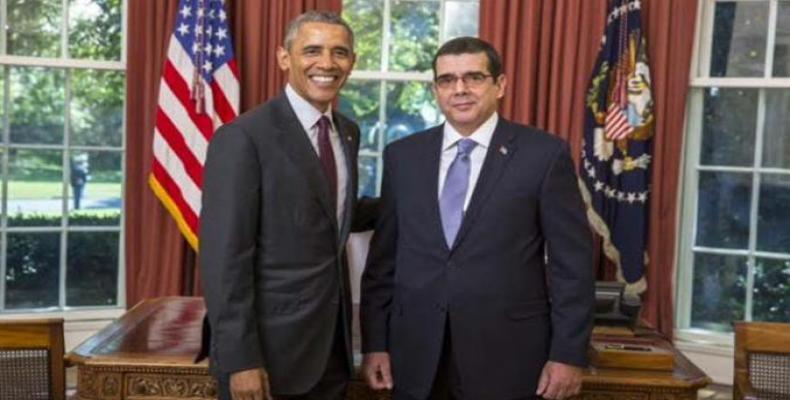 President Barack Obama received the official credentials of the Cuban ambassador on Thursday, along with credentials of 14 new heads of diplomatic missions in Washington, DC.