Nicaraguans talk about welfare projects in the heat of elections 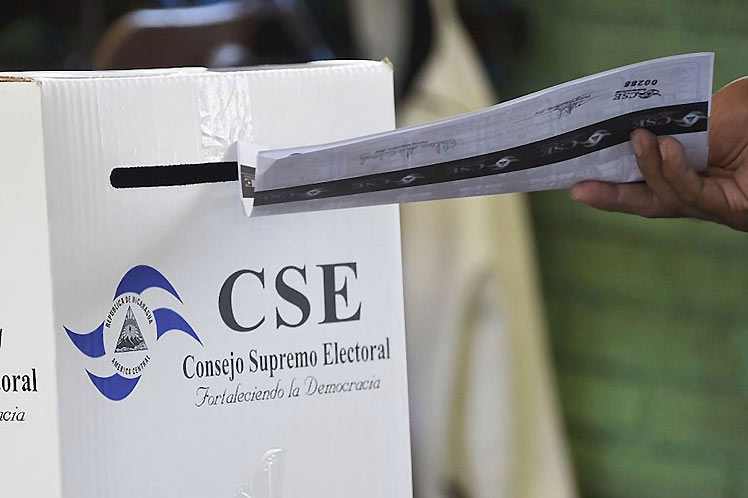 Neither the cyclones nor the adverse campaign of opponents and the international corporate press were able to slow down the preparations in Nicaragua for the municipal elections, set for next Sunday.

Neither hurricanes nor the adverse campaign of opponents and the international corporate press were able to slow down the preparations in Nicaragua for the municipal elections, set for next Sunday.

More than 3,722,000 Nicaraguans over 16 years of age are eligible to elect mayors, vice mayors and councilmen of the 153 municipalities among a profuse list of 28,000 candidates.

Representatives of six parties or alliances in the contest reviewed the ballots and made propaganda of their proposals, although in a relatively short period of time, without saturating the spaces.

There was no desire to alter the life of the citizens, although the candidates backed by the governing Sandinista National Liberation Front (Frente Sandinista de Liberación Nacional) spoke of making an effort to work on welfare projects to reach more families in the next 5 years.

Some mayors seeking reelection took advantage of the so-called electoral town halls to present the municipal budget, with an ear attentive to the demands of the population.

Citizens emphasize the need to expand the so-called Streets for the People program, by means of which roads were converted into paved roads, characteristic of the city arteries in Sandino's Homeland.

The mayors involved in the electoral battle also point out the importance of programs in the country such as the Zero Usury program, aimed at women entrepreneurs.

Given its long tradition, the Sandinista Front is presented as favorite and a total of 117 mayors of that affiliation will seek to continue in their posts in the municipal elections.

In this climate of calmness, opposition groups with representatives in Costa Rica and the United States expose their distorting stamp.

They reinforce the tendency of the international hegemonic press aimed at questioning the call to the polls in Nicaragua.

This type of media speaks of what they qualify as fraud, a discourse coinciding with that of the United States.

The administration of the northern country applied sanctions to Nicaragua, including gold production, because it says it does NOT endorse the result of the last presidential elections, with the ratification of President Daniel Ortega.

However, Nicaraguans are not intimidated and give all possible assurances to the upcoming municipal elections, which, they assure, will be transparent.