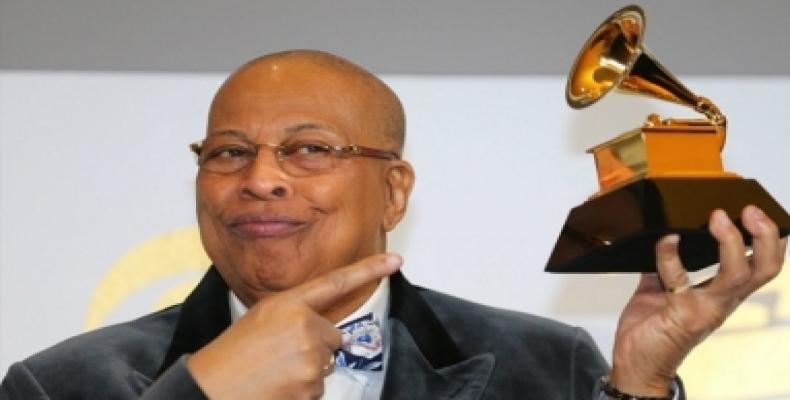 Havana, November 15 (RHC) – Multi-award-winning pianist, Chucho Valdes, has won the Latin Grammy in the category of Best Jazz Album, increasing his long list of such prizes.

The legendary pianist prevailed with his album Jazz batá 2 in a section in which other photograms were nominated, such as Turning Pages by Claudia Acuña; Elemental by the trio made up of Otmaro Ruíz, Jimmy Haslip and Jimmy Branly; Dos Orientales by Hugo Fattoruso and Tomohiro Yahiro; and Rio-São Paulo by André Marques, according to Prensa Latina news agency. With this result, the famous Cuban pianist adds the fourth Latin Grammy to his list of six Grammy awards. ‘Congratulations to Maestro Chucho Valdes, another Grammy for his record work,’ the Cuban Music Institute published on its Facebook account.

The new award was presented in the pre-gala prior to the main ceremony of the coveted awards, which was held Thursday night at the MGM Grand Garden Arena in the US city of Las Vegas. During the not televised event, the main winners were Spain’s Alejandro Sanz, Argentina's Andres Calamaro, Puerto Rico’s Kany García and Peruvian-American Tony Succar, with two prizes each. Valdés has received another award this year after he was recognized in 2018 with the Musical Excellence award by the Latin Recording Academy, in charge of granting the prizes, which honored him along with other famous performers, such as Yuri, Wilfrido Vargas, Dyango, Andy Montañez, José María Napoleón and Erasmo Carlos.

It is impossible to explain the current state of Latin jazz without taking into account the multifaceted talent of the virtuoso pianist, conductor and composer Chucho Valdés, said the institution. The academy added that both in his work with the band Irakere and as an eclectic and prolific soloist, Valdés has reinvented the jazz lexicon, mixing it with rock, classical music and music of Afro-Cuban roots.