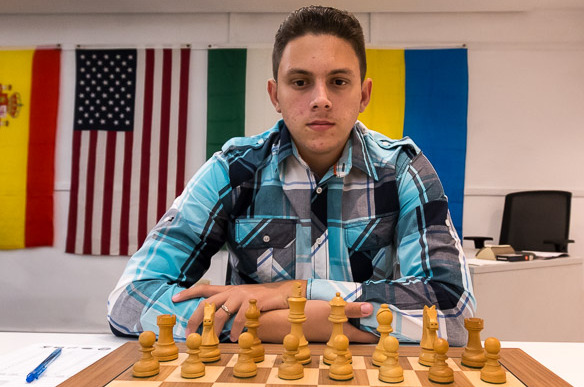 Havana, July 11 (JIT) -- The Grand Masters (GM) Carlos Daniel Albornoz and Yasser Quesada mark the best of Cuba in the Villa de Benasque International Chess Tournament, after completing five of its 10 scheduled rounds, with perfect performances of only two of its protagonists.

Armenian Karen Grigoryan and Argentinean Fernando Peralta are the only ones among the more than 400 participants with five wins in a row and are ahead of a group of 15 players with 4.5 points, including the aforementioned Albornoz and Quesada.

The latter is the current national champion and experienced a comeback of two consecutive victories, after the third round draws. In his most recent performance, he defeated German Matthias Roeder to move up to 11th place, according to the specialized portal www.chess-results.com.

For Albornoz, the victory against his compatriot Yerisbel Miranda was more profitable, as it made him move up to the ninth place in the ranking and from there he will face Reinier Castellanos from Spain this Monday.

Yasser will also have as his opponent the host Samuel Villar, a man who by rank should not be a complicated opponent.

The two Cubans can be considered the basis of the men's team that from the end of July will compete in the Chess Olympiad, a competition that will also be attended by several of those now present in the Spanish competition.

Some of the members of the women's team also use their presence in Benasque as preparation before traveling to the Indian city of Chennai, venue of the Olympic competition, and among them is the experienced Maritza Arribas who is the best placed so far.

The Santiago native is in 42nd place with four points, after beating Spain's Aimer del Carmen on Sunday, and will compete in her next game against Alejandro Alvarado, another of the registered hosts.

With 3.5 points are the other Olympians from the island: Yerisbel Miranda (49th place), Ineymig Hernandez (66th) and Lisandra Ordaz (79th).