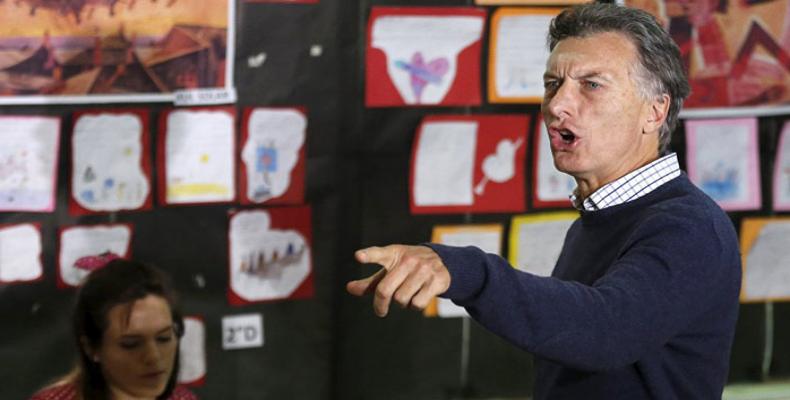 Buenos Aires, July 27 (RHC)-- An association of Argentinean judges, lawyers and attorneys say they are being pressured by those in power to alter judicial decisions that don't serve government's interests.  The move comes after President Mauricio Macri complained to the local media about Justicia Legitima, an association that supported the previous administration.

In statements to the daily La Nacion, the Argentinean president said: “Kirchnerism is gone, but Justicia Legitima remains here,” adding that judges and attorneys from that association "are everywhere and obstruct our policies."

Judges recently decided to suspend and investigate the skyrocketting energy prices imposed by the conservative government, requesting transparency over the over 400 percent rise.  The magistrates responded to the attacks through Maria Laura Garrigos, from the Criminal Cassation Chamber, who told Diario Popular that Macri “cannot expect judges to systematically favor the policies of the executive power, because that would be claiming to control justice.”

She recalled that the suspension of the prices rise had been “ordered by judges all across the country,” noting that "many colleagues have complained about receiving calls to pressure them."