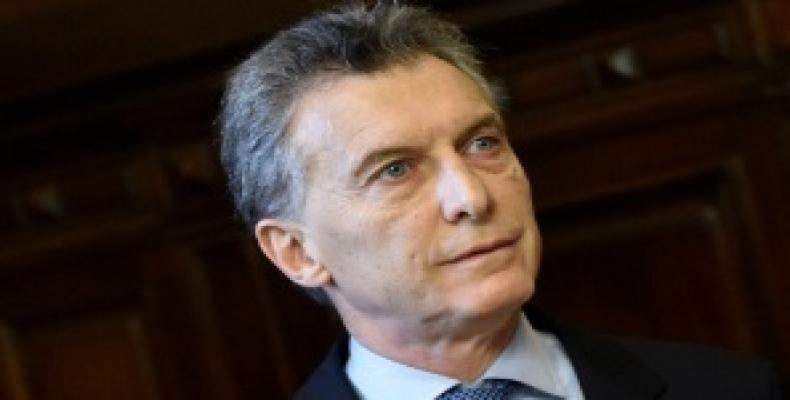 Buenos Aires, September 20 (RHC)-- Argentinean President Mauricio Macri's accountant may have inadvertently tied the Argentinean leader to even more offshore tax havens.  According to a report by El Destape, the spotlight fell on Macri during the Panama Papers scandal after it was revealed that he was once listed as a director and vice president of the Bahamas-based company Fleg Trading, which was set up by Mossack Fonseca, the law firm at the center of the leak.

The Argentinean president claimed Fleg Trading was set up for a venture in Brazil that ultimately never engaged in any business and was dissolved in 2009.  An investigation by the Pagina 12 newspaper later found that the company did engage in commerce and invested millions of dollars in Brazil.

Macri's accountant, Santiago Diego Lussich Torrendell, was called to testify in the investigation probing the president's potential improprieties by virtue of his association with offshore companies.  Lussich himself is named in the documents as the person responsible for managing Fleg Trading.

In his testimony, Lussich said he set up Fleg Trading upon the request of Francisco Macri, the president's father, in March of 1998.  Under oath, Lussich said: “A few months later we asked (Panama) to provide us a template for the minutes of the Board of Directors to make a change: the departure of the initial three directors and admission of employees of Francisco Macri.”

That testimony appears to confirm suspicions that the Macri family would name employees as directors of companies in order to avoid having to list themselves as the directors.  An earlier investigation by El Destape alleged that at least eight companies operating in offshore tax havens were founded and run by friends and relatives of the president, with some of the firms having been set up with the help of Mossack Fonseca.

The listed board of directors of those entities include Domenico Cappelli, a right-hand man of Francisco Macri, and Armando Amasanti, who was the chairman of the automobile company Sevel in Argentina and was tried along Mauricio Macri for illegal exports of vehicles in the late 1990s.

Most of the firms are still active, the investigation shows, while at least one of them, Danae Alliance Company SA, was founded just last year.