Suspended President Dilma Rousseff Lashes Out at Elite's Practices in Brazil, Says She Will Promote New Elections If Acquitted 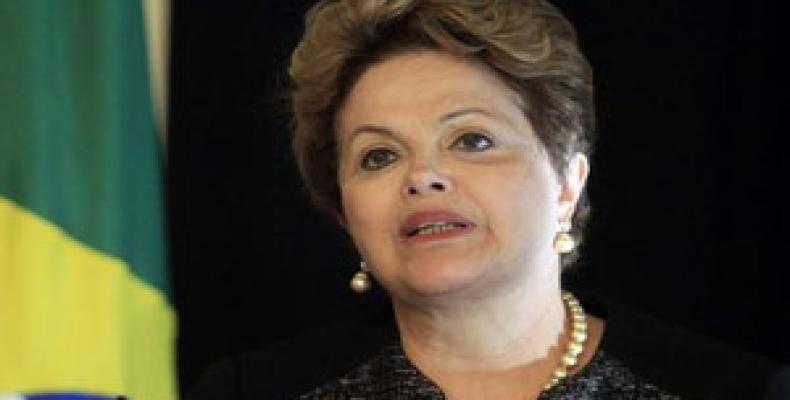 Brasilia, August 17 (RHC/teleSUR)--Suspended Brazilian President Dilma Rousseff lashed out at what she termed the practices of her country's elites and said citizens want a "profound transformation" of Brazil's political system.

Rousseff called on the senators responsible for giving the final vote on the impeachment case against her to be just.

"I have no secret bank accounts abroad, never stole a penny of public patrimony, and I didn’t receive bribes from anyone,” argued the suspended president in a letter. She calls the process of impeachment “fragile, legally inconsistent, unfair and unleashed against an honest and innocent person."

The Brazilian Senate begins the final phase of the impeachment process against Rousseff on August 26, a process that is expected to last several days and will conclude with either her permanent dismissal or her being reinstated as president.

If the committee rules that Rousseff is guilty, interim President Michel Temer will continue in power. If acquitted, Temer will return to the vice presidency, a scenario analysts believe would lead to his resignation.

Rousseff also said that if she is absolved from the impeachment process against her, she will promote a referendum so Brazilians can decide whether they want a new general election.

The next general election in Brazil is scheduled for 2019, but during the announcement at a press conference at the Alvorada Palace in Brasilia, Rousseff said she would commit to organizing new elections.