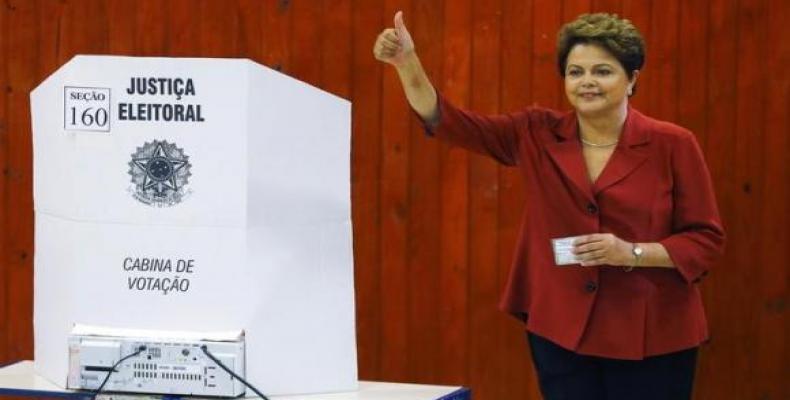 Brasilia, June 11 (RHC)-- Brazilian President Dilma Rousseff is calling for a referendum on whether to hold early elections, even as she prepares for resolution to her impeachment in the country's Senate.  In an interview aired on the government television channel TV Brasil, Dilma said: "We must consult the population to rebuild a constitutional pact that was broken by the impeachment process."

Dilma Rousseff's proposal for early elections would only be possible if she returns to the presidency.  Rousseff was suspended May 12 when the Senate voted to put her on trial, in what her supporters have called a parliamentary coup. She was replaced by her scandal-laden vice president Michel Temer, who will serve out her term through 2018 if she is impeached.

Since the suspension, hundreds of thousands of Brazilians have taken to the streets of the country questioning the legitimacy of the interim government headed by Temer.

A poll conducted las week showed that 50.3 percent of Brazilians are in favor of holding new elections this year to resolve the political crisis affecting the country.

Analysts say this outcome suggests that the country is fed up of the scandals and policy reversals that have characterized the Senate-imposed Temer government, who has been deemed ineligible to run for political office for eight years.