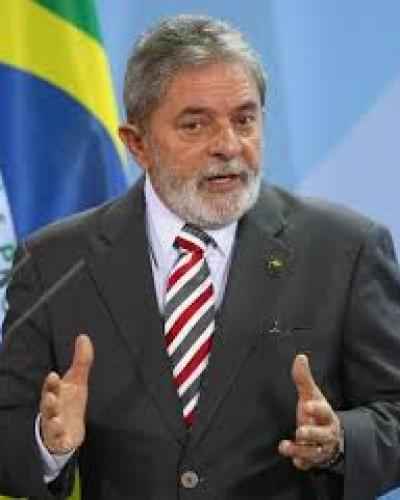 Brasilia, September 22 (RHC)-- Former Brazilian President Luiz Inacio Lula da Silva has dismissed charges of corruption against him, describing the allegations as "farcical."  Speaking with reporters on Tuesday, Lula said that he learned that a judge had accepted the charges and would go ahead with judicial proceedings, "even though it is all a farce, a huge lie."

Lula da Silva, who is 70 years old, will now face trial for his alleged role in masterminding the large-scale scandal involving state oil giant Petrobras.  Lula and many of the country's most influential leaders and powerful political party members are implicated in the case.

Lula, who is the co-founder of the powerful Workers' Party, was president from 2003 to 2011. During his time in office, the country witnessed a boom in productivity, demand, sales, as well as wage hikes, helping Lula garner public approval and high popularity.

His presidential successor, Dilma Rousseff, who hails from the same party, was ousted by the Senate on trumped up charges of tampering with financial data during an electoral campaign.

Although Rousseff herself was not implicated in the Petrobras case, the repercussions of the wide-scale scandal did much to diminish her popularity as well as that of the ruling party.

Former vice president Michel Temer -- a right-wing, neo-liberal politician who is also implicated in corruption -- succeeded Rousseff to serve out what would have been the remainder of her second term until 2018.