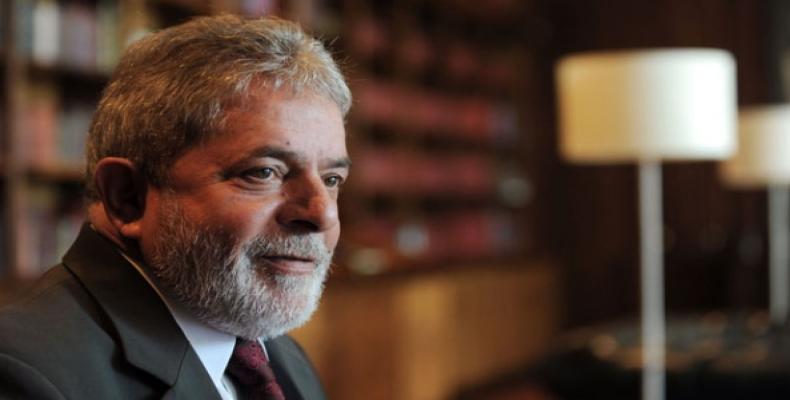 Sao Paulo, September 16 (RHC)-- Former Brazilian president Luiz Inacio Lula da Silva has defended himself against allegations of involvement in money-laundering and corruption.  The former president said in Sao Paulo that he was "angry and confused" over the charges lodged against him by the country's federal prosecutors.

Lula strongly denied any wrongdoing and said the allegations against him are aimed at damaging his image and stopping his possible candidacy in the 2018 presidential election.

Brazilian federal prosecutors have indicted Lula and his wife for implication in graft schemes and the embezzlement of more than $2 billion from the country's giant state-run oil company, Petrobras.  They described Lula as the "boss" of the massive Petrobras graft.

Lula and his wife were also charged of receiving a luxury apartment at a seaside resort in Sao Paulo from a major construction company involved in the Petrobras corruption scandal.

Lula has dismissed the graft charges, saying allegations against him and his associates are false and politically-motivated.

The Petrobras scandal has also affected Lula's successor, Dilma Rousseff, leading to her impeachment by the Senate and her removal from power just a few weeks ago.

Lula da Silva, speaking at a Thursday afternoon press conference, said that his Worker's Party administration "was the most inclusive Brazil has ever seen," and invested heavily in education, making every effort to rid the country of longstanding corruption.

The implication couldn't be clearer.  Dilma Rousseff is a woman of color, and she'd been replaced by an unelected administration of white-men, nearly half of whom are under investigation for corruption, public malfeasance, bribe-taking and influence peddling while in office.  Dilma Rousseff, on the other hand, was impeached for "cooking the books" to make Brazil's financial situation appear better than it was in the runup to her reelection campaign.

Making reference to Dilma Rousseff's senate impeachment, Lula said that "it has been shown that bureaucracy is more powerful than the President of the country," calling the whole process a "spectacle."  He also hinted that he will indeed run in the next presidential election.

"If my adversaries want to bring me down, they will have to fight me with votes."