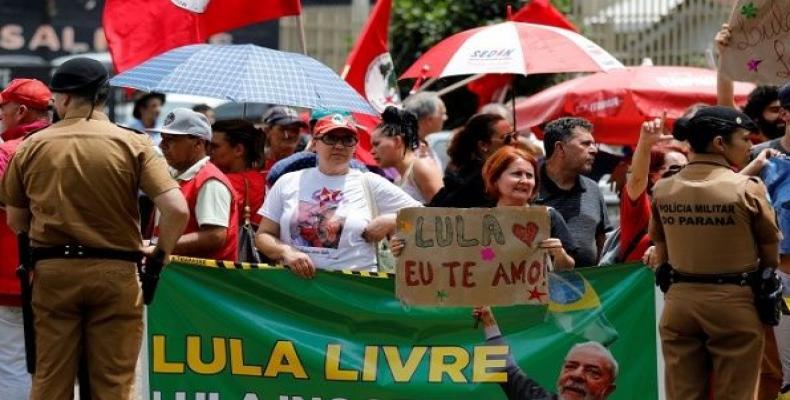 Brasilia, November 15 (RHC)-- Brazil's former President Luiz Inacio Lula da Silva testified before the Federal Supreme Tribunal on Wednesday, giving his much-anticipated deposition on the charges of corruption alleged against him related to the so-called Lavo Jato case and Petrobras.

Hundreds of Lula's supporters waited for him outside the Federal Police Superintendency in Curitiba, to accompany him on his first time out of prison in six months, in order to testify in court in relation to alleged crimes of corruption.

Gleisi Hoffmann, president of the Workers’ Party (PT) and former presidential candidate, Fernando Haddad were among the high-profile figures at the gathering outside of the prison.

The trial against Lula has been denounced as a judicial persecution to leave him out of the presidential elections that were held last October and in which he was as favorite according to opinion polls.

Numerous legal petitions and appeals have been submitted to try to overturn Lula’s sentence but all failed to pass as Lula, his allies and supporters believe that the judicial process against him is being led by his political adversaries and the right-wing political establishment.