Thousands March in Argentina to Demand Answers Over Disappeared Activist 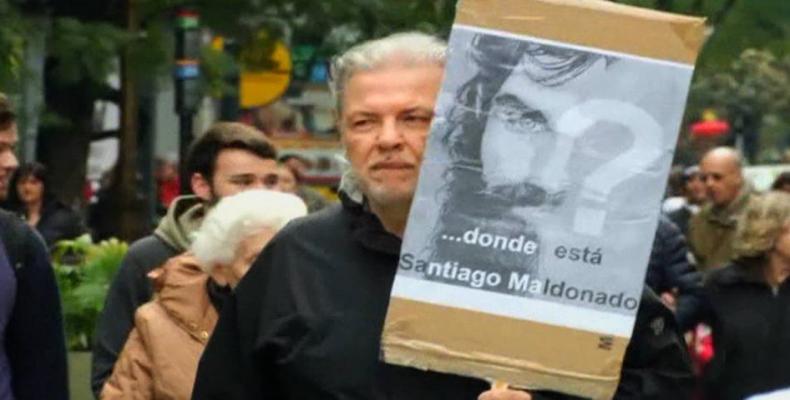 Buenos Aires, October 2 (RHC)-- In Argentina, tens of thousands marched through the capital Buenos Aires on Sunday, demanding justice and answers in the case of a young activist who went missing two months ago.

Twenty-eight-year-old Santiago Maldonado disappeared on August 1st during a protest against the eviction of indigenous people from lands claimed by the Italian clothing company Benetton.

Eyewitnesses say Argentine security forces beat and arrested a person around the time of Maldonado’s disappearance.  The case has stoked painful memories of the military dictatorship of 1976 to 1983, when U.S.-backed security forces tortured activists and disappeared an estimated 30,000 people.