Jorge Rodriguez sworn in as president of the Venezuelan National Assembly 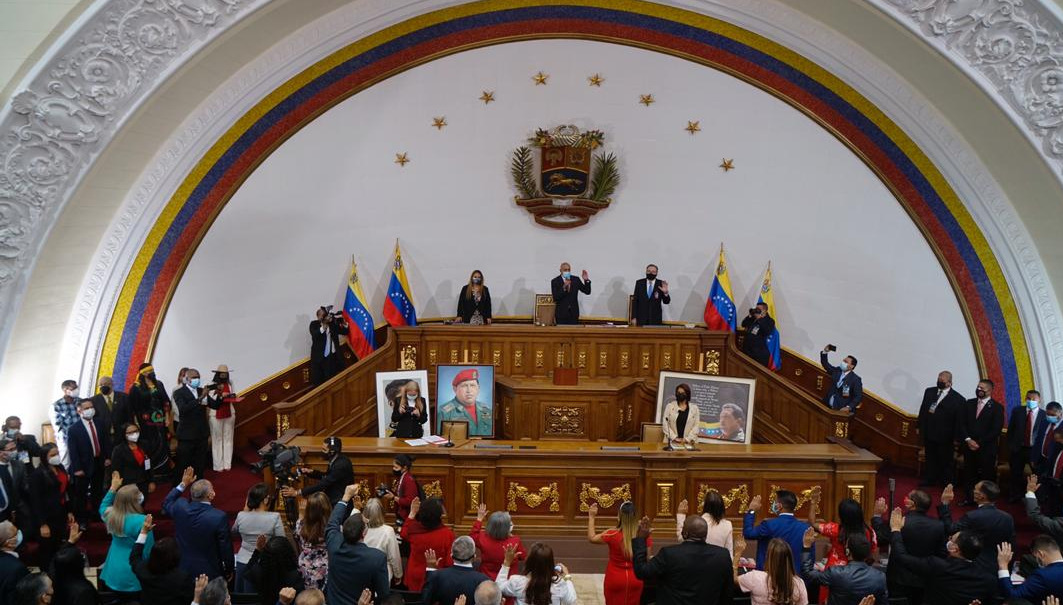 Caracas, January 5 (RHC)-- The parliamentary majority of the Venezuelan National Assembly (unicameral parliament) elected this Tuesday Jorge Rodriguez as the new president of that body in Caracas.

"What is the supreme reason for our presence here? (...).  We are here by mandate of the people, because a democracy is sustained by the body of laws, because there is no democracy if the rules are not respected," said Jorge Rodriguez after taking the oath of office, and that of the 277 deputies who will make up the legislative branch for the next five years.

The National Assembly (Parliament) of Venezuela was officially installed this Tuesday, in a solemn session aimed at the newly elected deputies taking possession of their seats, as well as defining the new presidency of the body.

The session was presided over by the oldest deputy among those elected, who in this case turned out to be Fernando Soto Rojas, known as "accidental president".  He declared the session open, verified the quorum, explained the channels through which the day would pass and formally declared the new Parliament installed.

Later on, Diosdado Cabello, designated leader of the majority group of the Great Patriotic Pole (GPP), put to vote the candidates for the presidency of the National Assembly.  Similarly, Cabello proposed Iris Varela for the first vice presidency and Didalco Bolivar as second vice president.