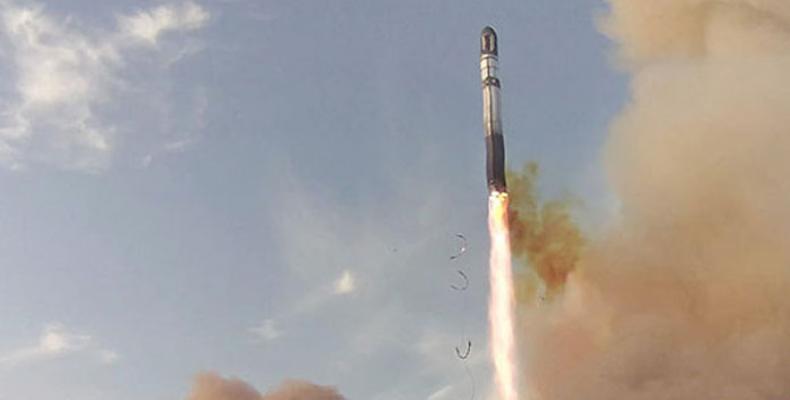 Washington, April 15 (RHC),-- NBC News is reporting the Donald Trump administration is prepared to launch a preemptive attack on North Korea if it continues toward a nuclear weapons test.  NBC cited multiple senior U.S. intelligence officials, who say a pair of U.S. naval destroyers are positioned near North Korea’s nuclear test site and prepared to fire Tomahawk cruise missiles.  The Pentagon declined to comment on the NBC report.

North Korea has condemned the U.S. for bringing an aircraft carrier group and other nuclear-armed assets into the region, and threatened an assault on South Korea, Japan and U.S. bases.  In Beijing, Chinese Foreign Minister Wang Yi urged the U.S. and North Korea to de-escalate.

The top Chinese diplomat said: "On the issue of the Korean Peninsula, it’s not about who can say the most hateful words, about who can raise the biggest fist, who will win.  Rather, once war breaks out, there will be losses on all sides.  No one is the real winner."

U.S. intelligence officials claim North Korea is preparing what would be its sixth nuclear weapons test over the weekend.  Sunday marks the 105th anniversary of the birth of the country’s founder, Kim Il-sung.

The anniversary comes as U.S. Vice President Mike Pence is scheduled to travel to Seoul, South Korea, on Sunday to begin a 10-day trip to Asia.