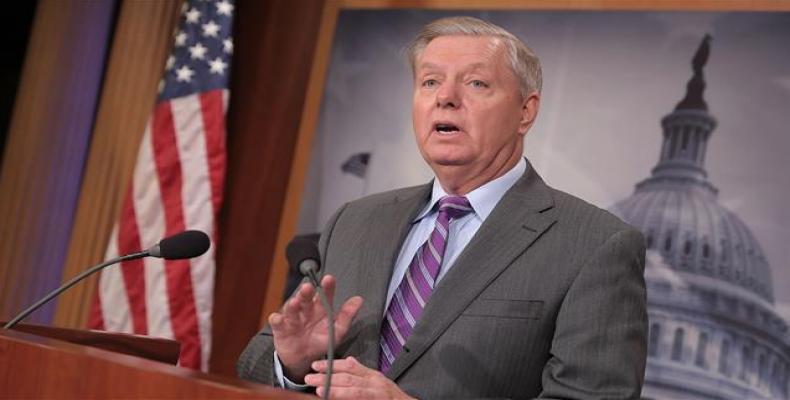 Washington, November 30 (RHC)-- The United States could “go to war” with North Korea if it does not stop launching missiles and conducting nuclear tests, says Senator Lindsey Graham.  The remarks by Graham, a longstanding Republican hawk and ally of President Donald Trump, came after Pyongyang said it successfully launched a new intercontinental ballistic missile (ICBM).

“If we have to go to war to stop this, we will,” the South Carolina senator said during an interview with CNN.  “We would win it but a lot of people would get hurt and killed.”  The senator said: “We’re headed toward a war if things don’t change.”

Pyongyang launched a new type of ICBM, called the “Hwasong-15,” which flew high into space for 53 minutes before landing near Japan in the early hours of Wednesday morning local time, according to a statement carried by the North’s official Korean Central News Agency (KCNA).