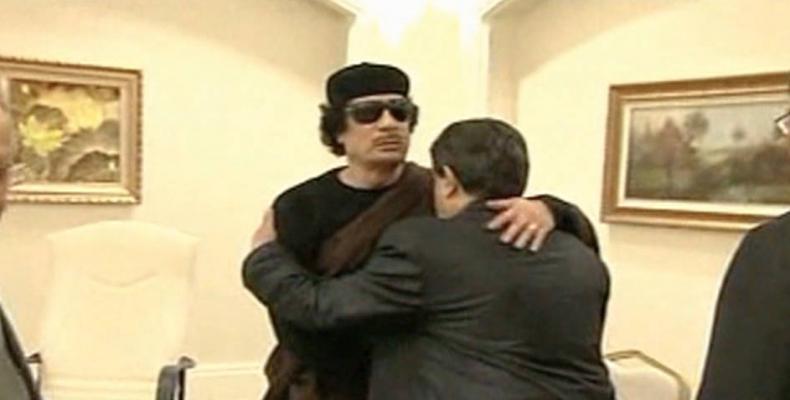 Washington, May 18 (RHC)-- U.S. President Donald Trump said Thursday that North Korean leader Kim Jong-un could suffer the same fate as Moammar Gaddafi if he refuses to give up his nuclear weapons.  Trump’s comment came after national security adviser John Bolton said on Sunday the U.S. should use the so-called “Libyan model” for denuclearization.

Donald Trump said: “But the model, if you look at that model with Gaddafi, that was a total decimation.  We went in there to beat him. Now, that model would take place if we don’t make a deal, most likely. But if we make a deal, I think Kim Jong-un is going to be very, very happy.”

In 2003, Libya negotiated sanctions relief from the United States in exchange for renouncing its nuclear program and welcoming international inspectors to verify the disarmament.  Eight years later, Gaddafi was dragged through the streets and publicly killed by rebels, after the U.S. and its allies intervened with a massive bombing campaign.

In response to John Bolton’s threat, and to ongoing U.S.-South Korean war games, North Korea has threatened to pull out of a planned June 12th summit between President Trump and North Korea’s Kim Jong-un.