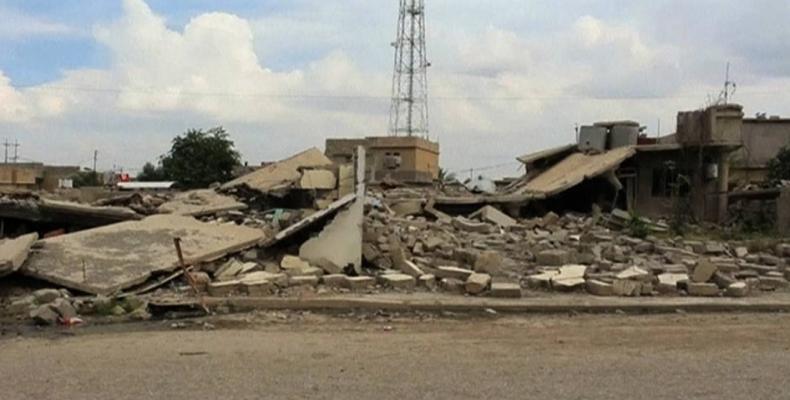 Baghdad, May 8 (RHC)-- Iraq’s military has admitted its forces bombed a school in western Mosul in an attack on May 4 that left scores of civilians dead.  The journalistic monitoring group Airwars reported the strike killed up to 81 civilians and left 86 others injured.

Video posted on-line purports to show the aftermath of the attack, with dead children pulled from a flattened school.  Iraq’s army denied targeting civilians, saying it instead targeted an ISIS bomb factory.

The violence came as civilians trapped in Mosul reported desperate conditions, with bombed-out infrastructure collapsing and the lack of public utilities like electricity and water to many areas of the Iraqi city.