U.S. Coalition in Iraq Killed 11,000 Civilians in Battle for Mosul 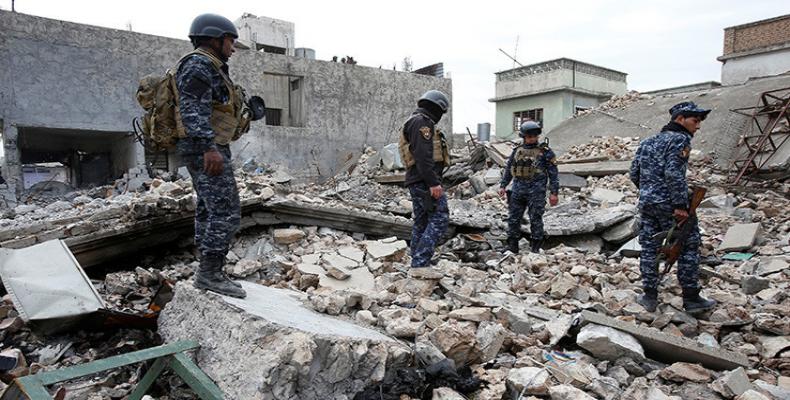 Baghdad, December 23 (RHC)-- A new investigation by the Associated Press has found as many as 11,000 civilians were killed in the U.S.-backed battle to recapture the Iraqi city of Mosul from the self-proclaimed Islamic State.  The figure is far higher than official estimates released previously.

The U.S.-led coalition has claimed it is responsible for just 326 deaths, but the coalition never sent anyone to investigate civilian casualties. Chris Woods of the monitoring group Airwars described the attack on Mosul as “the biggest assault on a city in a several generations.”

Meanwhile, U.S. Vice President Mike Pence made an unannounced trip to Afghanistan, where the United States is fighting its longest war in history.  He vowed the 16-year-old war would continue, saying that U.S. troops were in Afghanistan to "liberate its people" and would stay there "until the end."