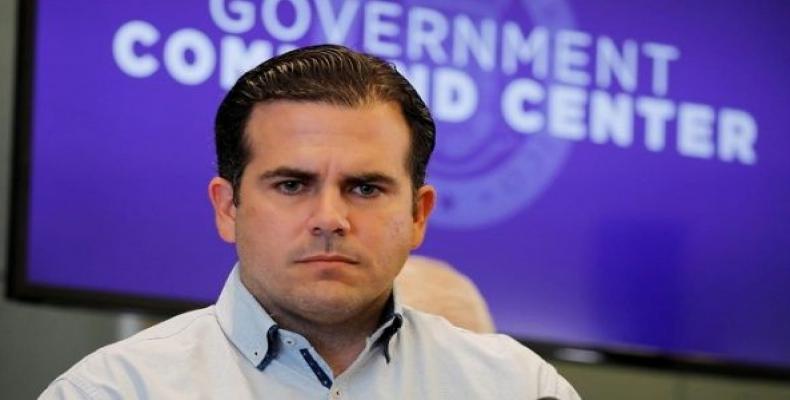 The governor has urged the congress and several U.S federal agencies to disburse around $4.2 billion from community block grants including the development grant, loan program and the social services block grant.  Rosello is also requesting $322 million for the emergency relief, disaster management and commodity assistance, while $78 million has been requested to retrieve the educational programs on the island.

"Puerto Rico has experienced a natural disaster of a magnitude not seen in over a century, and we are doing everything possible to address the needs of the American citizens of Puerto Rico during this time of crisis," the Puerto Rico governor said in the letter.  "The unprecedented island-wide devastation suffered in Puerto Rico has led to independent damage assessments in the range of $95 billion -- approximately 150% of Puerto Rico GNP."

He also raised alarm over the food and water supplies not reaching the locals living in remote areas.  He said if the local authorities are responsible for the mishap, they will face punishment.  "If there is a place, a locality that is not delivering food to the people of Puerto Rico that need it, there’s going to be some hell to pay," Rosello told reporters.

Rosello said even though nearly 60 percent of Puerto Ricans now have access to safe drinking water, some 20 percent residing in remote areas continue to struggle to access basic relief materials.  "Some people in those municipalities are claiming that they’re not seeing anything be delivered or they don’t know where to find food," Rosello said.  "It’s important that we investigate why this is happening."

He also warned the U.S. politicians of a "massive liquidity crisis" brewing "that will intensify in the future."  Calling the destruction caused by Hurricane Maria, a Category 5 storm, a "humanitarian crisis," Rosello also expressed concern that the government's inadequacy in managing the crisis could lead to exodus of Puerto Ricans to the United States.

"This could lead to an acceleration of pace of out migration of Puerto Rico residents to the U.S. mainland impacting a large number of states as diverse as Florida, Pennsylvania, New Hampshire, Indiana, Wisconsin, Ohio, Texas, and beyond," the governor wrote in the letter.

The Trump administration has requested only $29 billion from the Congress to assist hurricane-torn regions and areas impacted by wildfires in recent weeks -- compared to $95 billion estimated damage in Puerto Rico alone.