Protests in Honduras Against Voter Fraud in Re-election of President 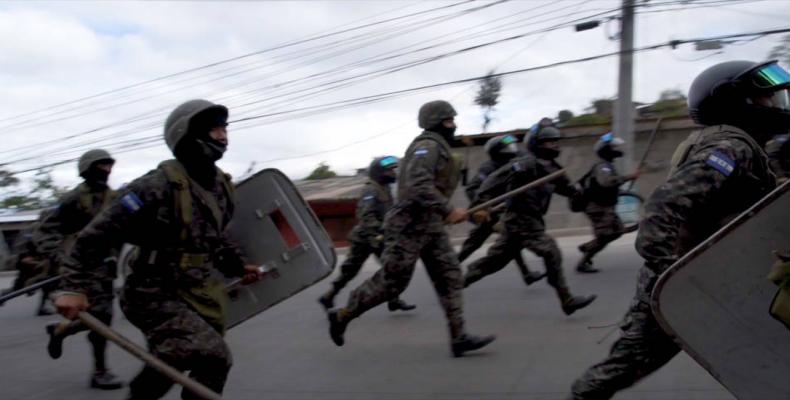 Tegucigalpa, January 22 (RHC)-- In Honduras, protesters staged another round of nationwide demonstrations over the weekend against widespread voter fraud in the re-election of incumbent, U.S.-backed President Juan Orlando Hernández.

Demonstrators blockaded dozens of roads and highways nationwide.  The Honduran military has killed at least a dozen protesters since the demonstrations erupted after the November 26 election, including a 60-year-old man, who was killed at a blockade on Saturday.

Opposition candidate Salvador Nasralla said that the protests would continue throughout the week.  He added that he was concerned that international organizations like the United Nations would not be able to do anything about the fraudulent elections because many are scared of the United States.