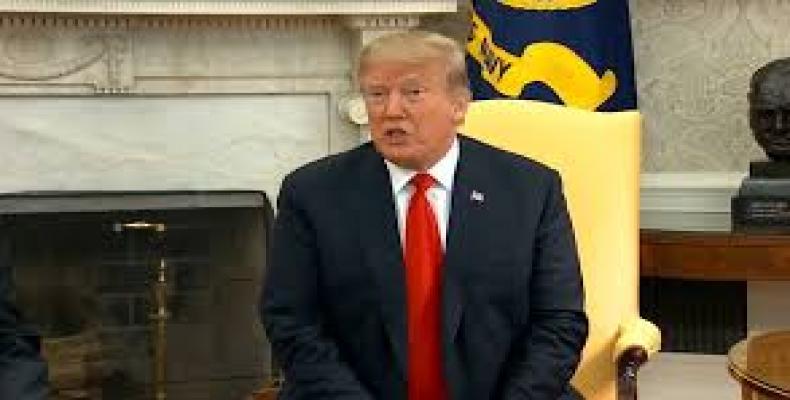 Washington, March 27 (RHC)-- In the U.S., as Donald Trump and Republican lawmakers continued to celebrate Attorney General William Barr’s summary of the special counsel’s report, congressional Democrats are pushing for Robert Mueller’s findings to be made fully available to the public, as well as to hold hearings with Barr.

The long-anticipated report found that the 2016 Trump campaign did not collude with Russia; the attorney general also exonerated Trump from obstruction charges although Mueller’s report did not come to a definitive conclusion on the issue.

Attorney General Barr is currently scheduled to appear before the House Appropriations Committee on April 9th for a budget hearing, but lawmakers may press him on the report.  House Judiciary Chair Jerrold Nadler is requesting he appear before his committee, as well.

Speaking to reporters in Washington, Trump suggested he might seek to pursue unnamed individuals for “treasonous” acts now that the Mueller probe was over.  Trump said: “There are a lot of people out there that have done some very, very evil things, very bad things -- I would say treasonous things -- against our country. … Those people will certainly be looked at.  I have been looking at them for a long time.  And I’m saying: 'Why haven't they been looked at?’"