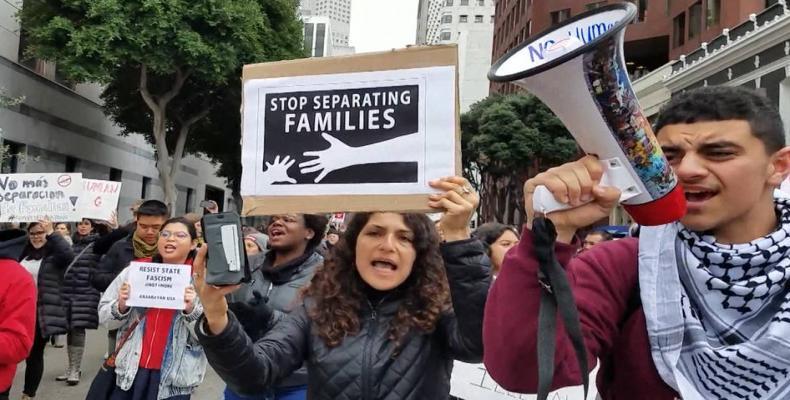 During the rally, about 200 protesters chanted “Shut ICE down” and held banners reading “Stop ICE raids.”  The demonstration came after the U.S. immigration agency announced the arrest of more than 150 undocumented immigrants in recent days in California.

Demonstrators argued that the community of immigrants is living in a state of fear following the three-day raids.  They said the anti-immigration policy of US President Donald Trump is aimed at ripping up families across the state.  According to California officials, as many as 800 people were expected to be detained by the federal immigration office.

The arrests came days after Oakland Mayor Libby Schaaf issued a rare public warning that immigration raids were likely.  ICE Director Thomas Homan on Wednesday called her "no better than a gang lookout."  “We have come together today to show that the Northern California region stands together in denouncing the mass arrests that happened in the last three days,” Blanca Vazquez, a media spokesperson for the protest, told HuffPost.

Under the policies of the Trump administration, all undocumented people ― not just those with criminal histories ― have become targets for deportation.  ICE arrests increased by 40 percent during Trump’s first eight months in office, compared to the same period the previous year.

Since his inauguration, Trump has faced numerous protests and rallies condemning his divisive rhetoric and controversial immigration policy, including a travel ban targeting several Muslim-majority nations