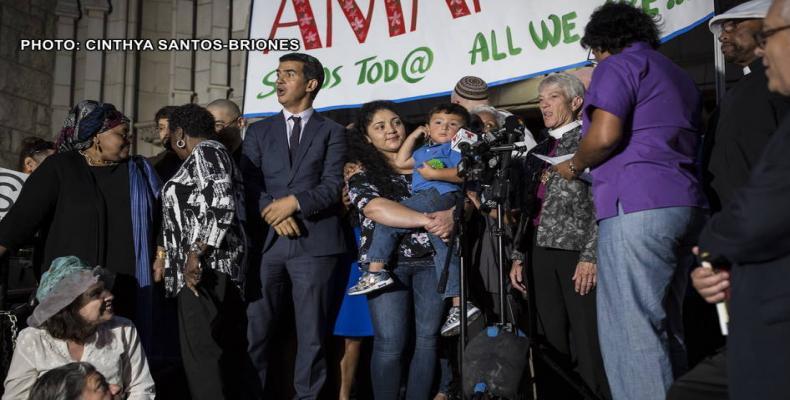 New York, August 31 (RHC)-- In New York City, more than 100 residents and supporters rallied outside the Holyrood Episcopal Church in Washington Heights for a candlelight vigil to support an undocumented woman who has taken sanctuary to avoid deportation to Guatemala.

Thirty-three-year-old Amanda Morales-Guerra is the mother of three U.S.-born children: Dulce, Daniela and David.  She’s been been living in the United States since 2004.  She went into sanctuary earlier this month to defy the Trump administration’s order that she report to the Immigrations and Customs Enforcement office with a one-way ticket back to Guatemala.