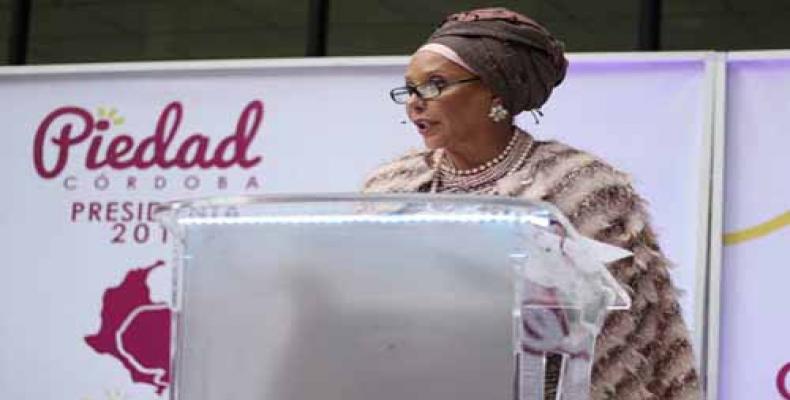 Córdoba said she chose March 8 for her registration, as a symbol of the importance that women will play in her political project.

Some of the items on her agenda if she wins the presidency include the bridging of the salary gap between men and women, guaranteeing women´s access to leadership posts, eliminating gender inequalities and crimes against women.

Friday is the deadline for the registration of candidates for the presidential elections, that are scheduled for May 27.

Accompanied by her vice-president candidate Jaime Araujo, Córdoba announced that they gathered over 800 thousand signatures to support their candidacy with the help from the “Poder Ciudadano” political action group.

She stressed that her movement will achieve a resounding victory in the elections.