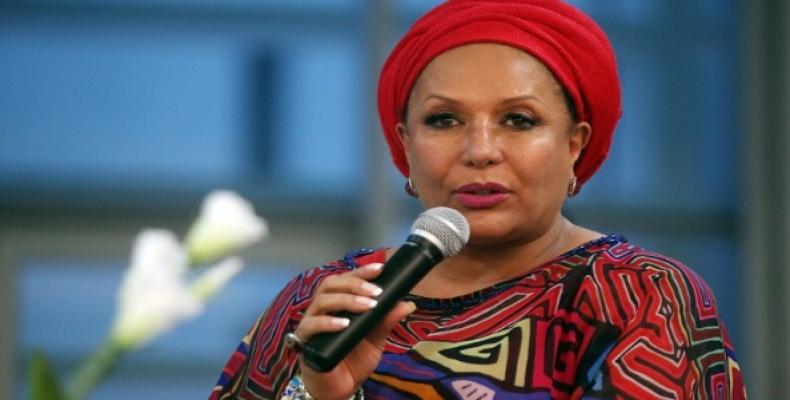 In a serie of tweets issued after a two-day trip in the region, Cordoba severely condemned the apathy of President Juan Manuel Santos' conservative administration, and of Colombian citizens in general.

Activists and indigenous leaders said that about 4,770 Wayu children died over the last eight years as a result of malnutrition and lack of clean drinking water.

In December, the Inter-American Commission for Human Rights demanded the Colombian state adopt measures to protect the children and teenagers of the Wayu community, as the high levels of child mortality were putting in danger the survival of the group as a whole, they said.

They commission made special emphasis in urging the government to address the lack of fresh water services to the community and to guarantee residents the availability and access to health services with an integral and culturally appropriate approach, in order to tackle child malnutrition.

The Wayu community, which represents almost half of the local population living in La Guajira, lost valuable hectares of land, as well as the access to the Rancheria River, as a result of mining exploitation that expanded in the area as result of it being home to the world’s largest coal reserve, called El Cerrejón.

While unemployment affects almost half of the local population, according to one study, the people employed at the coal mine are exposed to inhumane working conditions. The study mentioned long days of work in high temperatures, causing skin dehydration and auditory issues, and exposure to dust and ashes.