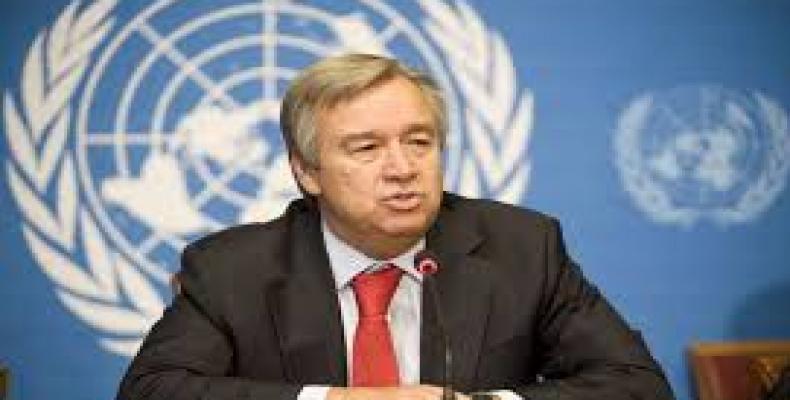 New York, March 31 (RHC)--United Nations Secretary-General António Guterres has called for an independent and transparent investigation into clashes at the Gaza fence on Friday between Palestinians participating in the ‘Great Marchof Return’ and Israeli security forces which resulted in at least 15 deaths.

The UN chief’s call for a probe came as the Security Council convened an emergency meeting so its members could be briefed on the deadly incidents.

Thousands of Palestinians marched to Gaza’s border with Israel earlier Friday to protest the long-standing blockade of the enclave. A UN political official said the Palestinian Health Ministry confirmed that 15 Palestinians were killed and more than 1,000 were injured, including by teargas suffocation.

A statement issued by a UN spokesman said the Secretary-General is deeply concerned by the reports of the deadly clashes and the he appealed to those concerned to refrain from any act that could lead to further casualties, particularly measures that could place civilians in harm’s way.

“This tragedy underlines the urgency of revitalizing the peace process aiming at creating the conditions for a return to meaningful negotiations for a peaceful solution that will allow Palestinians and Israelis to live side by side peacefully and in security,” the statement said, reaffirming the readiness of the United Nations to support the process.