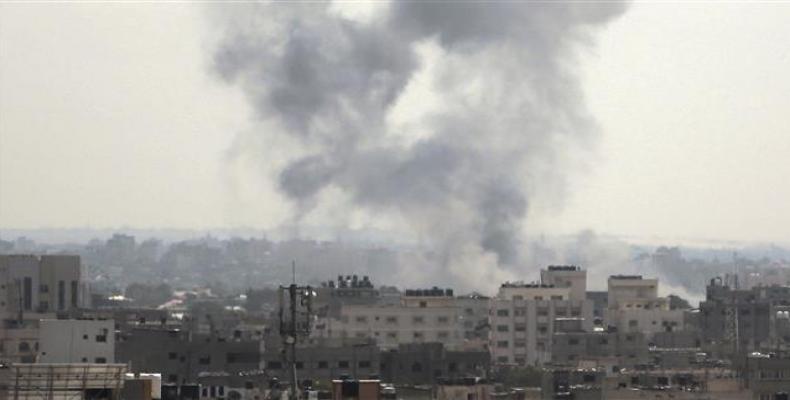 Gaza City, May 29 (RHC)-- The Israeli military has targeted over 30 bases belonging to Palestinian resistance movements, Hamas and Islamic Jihad, inside the Gaza Strip.

This comes after an Israeli tank fired into Gaza Sunday, killing three Palestinians.  Israel claimed the tank fire came after Israeli troops found a bomb planted along the border.

The Israeli military killed more than 100 Palestinian protesters and wounded more than 12,000 during the crackdown on the protests.