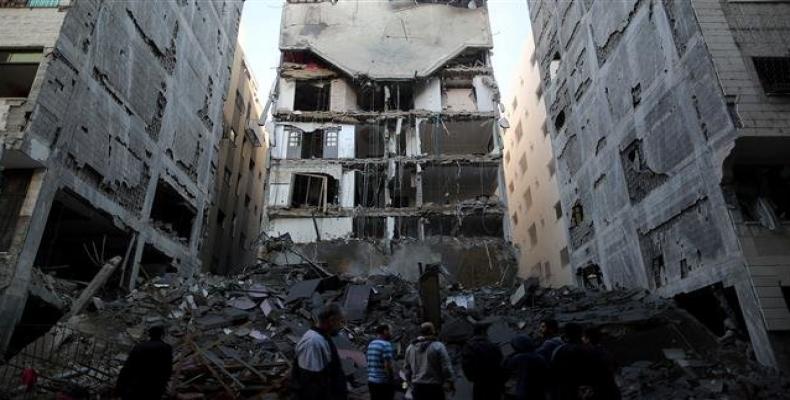 The statement added that 20-year-old Musab Hus also died and three others were wounded during an Israeli attack on an area east of the al-Zaytoun neighborhood in Gaza City.   In addition, Khaled Akram Yousef Marouf, 29, was killed in an Israeli strike that targeted a group of civilians in the northern sector of the besieged coastal sliver.

Later in the day, an Israeli unmanned aerial vehicle fired a missile at a residential building in the al-Shuja'iyya neighborhood district of Gaza City. There were no immediate reports about possible casualties and the extent of damage caused.

The developments came less than a day after Israeli warplanes conducted a string of airstrikes throughout the Gaza Strip, killing three people.   The Israeli military claimed in a statement that the aerial assaults were carried out shortly after the Palestinian Hamas resistance movement fired an intense barrage of rockets against settlements in the southern part of the occupied territories, triggering air sirens.

Palestinian officials and witnesses said the Israeli military bombed the studios of the Arabic-language al-Aqsa satellite television network, which is affiliated to Hamas.  There was no immediate word of any casualties in the airstrike.

On Tuesday, the Ramallah-based Palestinian Authority (PA) held Israel responsible for the eruption of violence in the impoverished Gaza Strip.