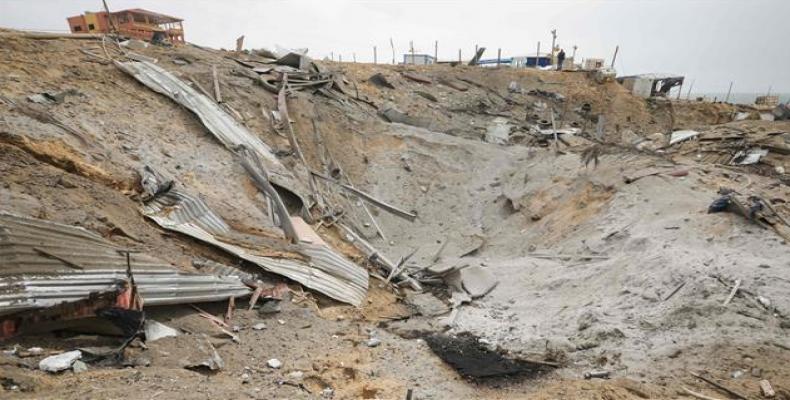 Gaza City, December 12 (RHC)-- Israeli forces have targeted several positions in the Gaza Strip with land and air attacks for the second time in one day.  The Israeli army confirmed that it carried out attacks on positions belonging to the Palestinian resistance movement Hamas for the second time late on Monday.

It claimed that the attacks were in response to rocket fire from the Gaza Strip into an unpopulated area in the occupied territories without causing any injuries.

The Gaza Strip has been under an Israeli siege since June 2007.  The blockade has caused a decline in the standards of living as well as unprecedented levels of unemployment and unrelenting poverty.

The Israeli regime denies about 1.8 million people in Gaza their basic rights, such as freedom of movement, jobs with proper wages as well as adequate healthcare and education.  Tel Aviv has also waged several wars on Gaza since 2008.  Thousands of Gazans have been killed or maimed in the Israeli wars and a significant portion of infrastructure has been destroyed.