Argentineans come out to protest IMF on national holiday 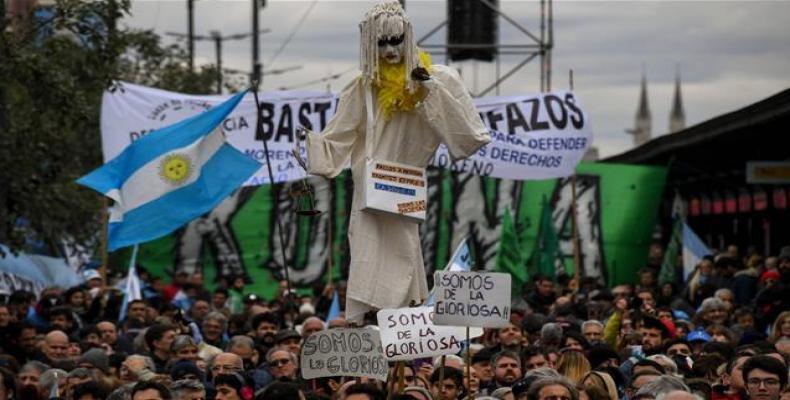 Macri said he was turning to the IMF in May after a run on the peso currency.  The move has been politically risky for market-friendly Macri, as many Argentineans blame IMF-imposed austerity policies for exacerbating a 2001-2002 economic crisis.

In June, Argentinean stocks surged after index provider MSCI upgraded the country to its emerging markets index a day earlier, a respite from months of dismal economic news for Macri in recent months.