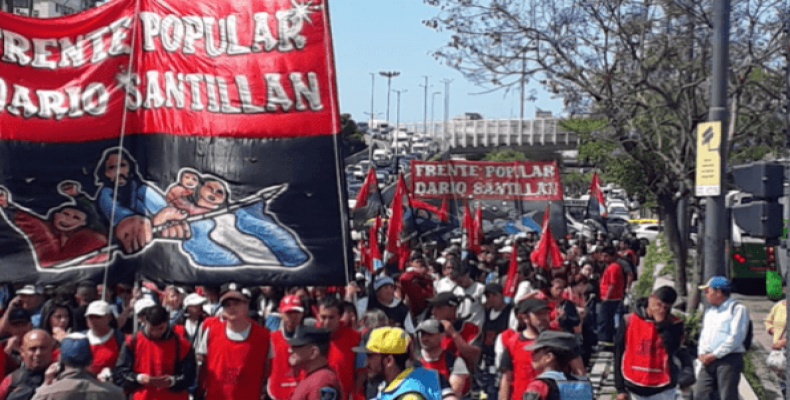 Buenos Aires, November 9 (RHC)-- Protests continue in Argentina in response to a profound economic crisis, mainly aggravated by the austerity policies implemented by the government but imposed by the International Monetary Fund, the IMF.

This week, a massive mobilization took the streets of the Argentinean capital, Buenos Aires, to protest against the economic policies of Mauricio Macri and the IMF, and to demand a food emergency declaration, from the Ministry of Health and Social Development, in the most vulnerable zones in the country.

Soaring inflation and the collapse of Argentina’s currency, the peso, since April have forced many Argentineans to abruptly change her diet and their day to day practices.  For example, beef is making a rarer appearance on the dinner tables of middle-class families as the country spirals deeper into economic turmoil.

Observers say it is one of the clearest signs of how far Argentineans have seen their purchasing power slashed by inflation, which is expected to surpass 44 percent by year’s end, according to the latest central bank poll.