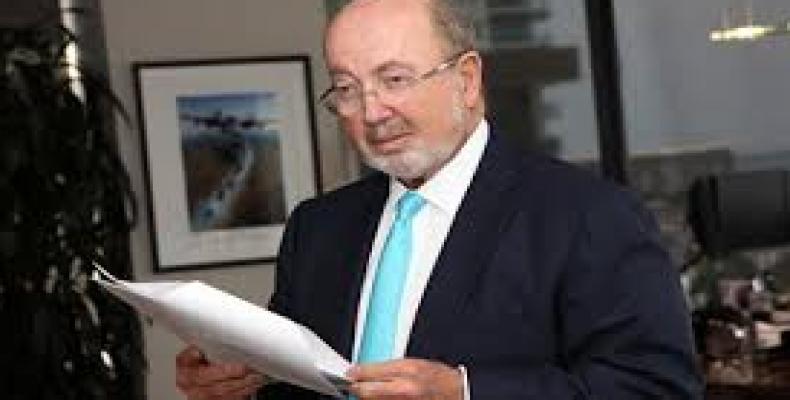 Washington, September 12 (RHC)-- Former U.S. President Richard Nixon’s top adviser in the Watergate scandal Andrew Hall has said that President Donald Trump will "undoubtedly be impeached.”  Hall made the remarks in a recent interview with The Independent, where he said he is watching history repeat itself with Trump as more of his aides get nabbed in special counsel Robert Mueller's probe into the alleged Russian election interference in the 2016 presidential election.

“The cover-up is always worse than the crime,” he told the newspaper.  “And this one is very shady.  We have a sitting president who will undoubtedly be impeached.”  Hall added: “The idea to prepare a witness in and of itself is a good idea, but the fact that he’s incapable of being truthful throughout the entire exam is pretty scary.”

“It raises a whole lot of issues,” he continued.  “If a lawyer knows his client is not telling the truth, he can’t sit by and let that happen, he can’t participate and he must disassociate himself with that activity… otherwise, they lose their license for facilitating perjury.”

In his interview with The Independent, Hall said that the “November elections have an enormous impact on how this plays out.  If the Democrats take the Senate, or enough Republicans switch over, there will be a successful impeachment.”

Despite an apparent reluctance between Democratic leaders for an impeachment before the November 6th election, several Democrats such as Representative Al Green have been filing articles of impeachment.

Cohen's campaign finance law violations included paying hush money to women who Trump had alleged affairs with prior to the 2016 US presidential campaign.  Following Cohen’s confessions, Rep. Green warned Trump that the “countdown to impeachment” had already started.

Trump found himself another step closer to possible impeachment after his former campaign manager Paul Manafort was found guilty of eight charges by a federal jury in Virginia, including bank fraud, tax fraud and failure to report a foreign bank account.