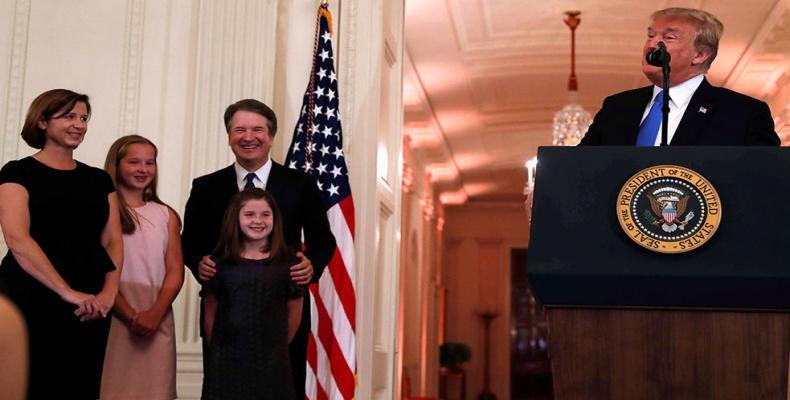 In 2000, Kavanaugh represented the Miami family of Elián González, trying to keep him from being reunited with his father and returned to Cuba.  Judge Kavanaugh also worked on George W. Bush’s legal team during the 2000 Florida recount, which resulted in Bush winning a party-line Supreme Court vote to install him in office.

Once Bush was president, Kavanaugh worked in his White House counsel’s office from 2001 to 2003, and then from 2003 to 2006 as his staff secretary, the person charged with providing briefing materials and other documents to the president.