Brett Kavanaugh confirmed and sworn in to Supreme Court 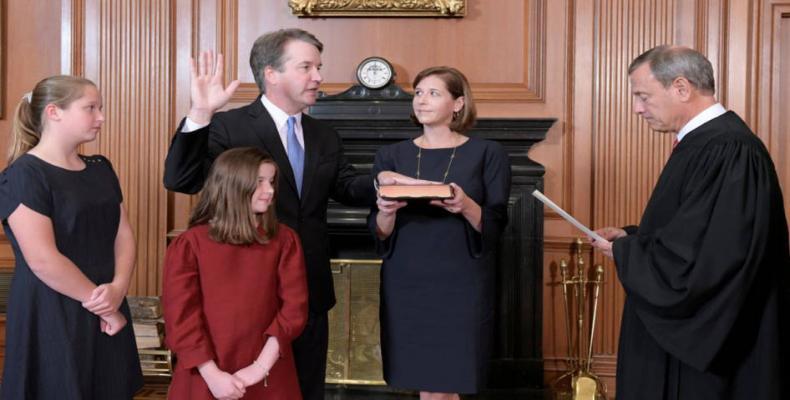 Washington, October 8 (RHC)-- Brett Kavanaugh was sworn in Saturday as an associate justice of the United States Supreme Court, just hours after the Senate voted to confirm him.  The 53-year-old’s lifetime appointment cements a right-wing majority on the court for the foreseeable future.

Kavanaugh’s nomination came under intense public scrutiny after three women accused him of sexual misconduct.  He has denied allegations of sexual assault made by Dr. Christine Blasey Ford, as well as two more accusers: Julie Swetnick and Kavanaugh’s former Yale classmate Deborah Ramirez, who said he exposed himself to her during a party.

Protests against Kavanaugh’s confirmation raged in Washington, D.C. and across the country Saturday.  Capitol police arrested 164 demonstrators, including 150 outside the U.S. Capitol building and a number of protesters who interrupted the Senate roll call vote.