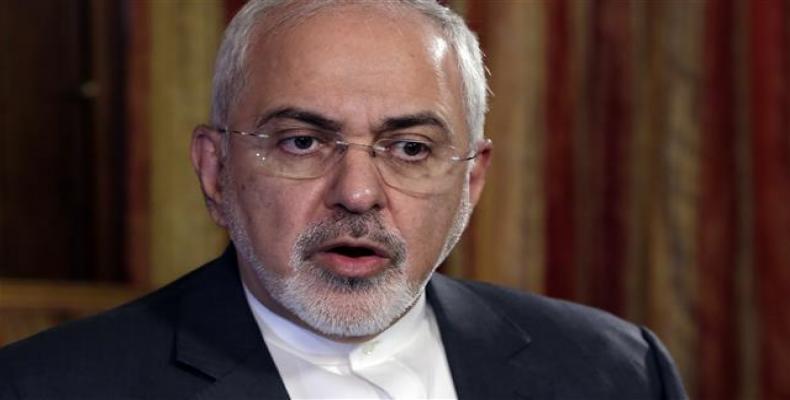 New York, October 8 (RHC)-- Iranian Foreign Minister Mohammad Javad Zarif says the United States has once again proven that it is not a "reliable negotiating partner" by pulling out of a decades-old treaty with Iran, pointing out that U.S. President Donald Trump is not bound by any negotiated settlement.

"They (the U.S.) were always saying that we want a treaty with Iran.  Now they just withdrew from the [1955 Treaty of Amity] that we have with the United States because the International Court of Justice ruled against them," Zarif said in an interview with Qatar-based broadcaster Al Jazeera in New York.

"That tells you that whatever you negotiate with this president and with this administration, they're not going to be bound by it," he added.

U.S. Secretary of State Mike Pompeo said last week that Washington is canceling a 1955 treaty with Tehran after the International Court of Justice (ICJ) ordered the United States to halt the unilateral sanctions it recently re-imposed on "humanitarian" supplies to Iran.

The Hague-based ICJ, which is the principal judicial organ of the United Nations, announced its ruling regarding the July lawsuit brought by Tehran against Washington's decision to re-impose unilateral sanctions following the U.S. withdrawal from the nuclear agreement Iran signed with the P5+1 group of countries in 2015.

Iran’s lawsuit argued that the sanctions violate the terms of the 1955 Treaty of Amity between Iran and the United States.  It also called on the court to order Washington to immediately suspend the measures.

The decisions of the ICJ – which rules on disputes between UN member states – are legally binding and cannot be appealed.  However, Washington has repeatedly said that the international court has no jurisdiction over the U.S. and that the U.S. will not respect any of its rulings.

Asked if Iran will ever meet with the U.S. president or members of his administration, Zarif said: "In politics, never say never.  But I believe that there is need for a serious change in the [U.S.] administration."  He emphasized that Iran is "not actually eager to meet with" President Trump because the "United States is not a reliable negotiating partner."