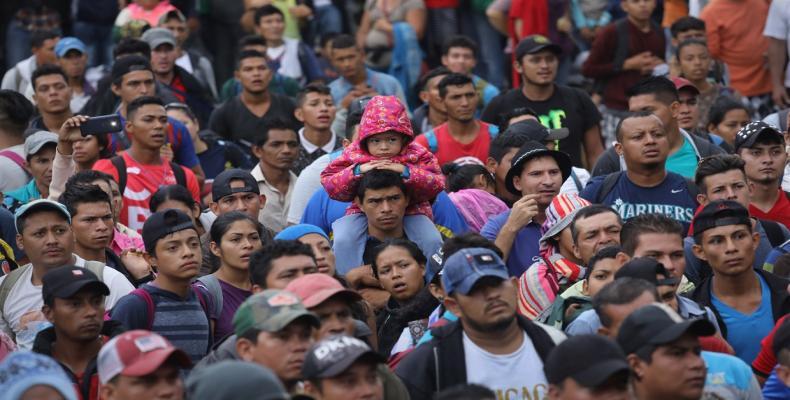 Mexico City, October 31 (RHC)-- The first of the three migrant caravans, or Central American Exodus as participants call themselves, is on its way to Juchitan, Oaxaca in southern Mexico to eventually seek asylum in the United States.

While sources tell teleSUR that the people of Oaxaca have been very “kind and supportive” of the approximately 4,00 to 7,000 men, women, and children traveling mainly by foot along the state’s coastal highway, the same can’t be said of the U.S. administration.

Around 5,200 U.S. troops are actively being sent to the south to “enhance CBP (Customs and Border Patrol) support by providing robust military capabilities” at the border with Mexico, said General Terrence O'Shaughnessy, the head of U.S. Northern Command.  Over 800 troops arrived on Monday in Texas and the remainder will arrive by end of this week.

The operation caused strong winds and waves that put the asylum seekers “at risk, especially girls, children and women” as they tried to enter Ciudad Hidalgo, Chiapas, in Mexico, the CNDH statement read.

So far, the Mexico National Institute of Migration (INM) has received 1,743 applications for refugee status, while 196 people withdrew from it and requested assisted return.