AMLO says that transformation of Mexico has begun 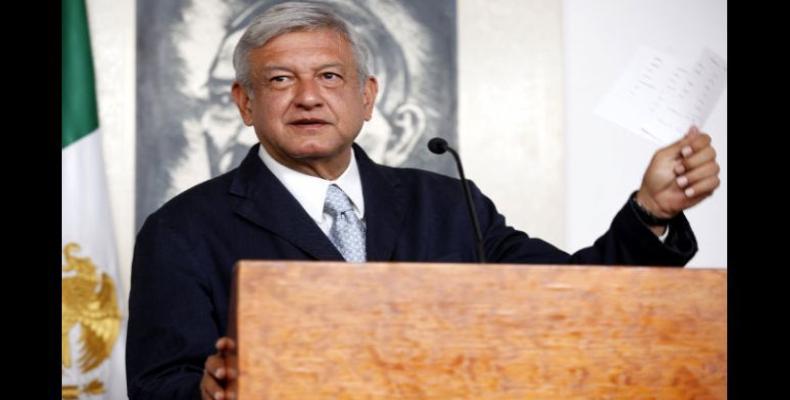 Mexico City, January 12 (RHC)--The president of Mexico, Andrés Manuel López Obrador, affirmed that the Fourth Transformation of public life has already begun, which he said does not constitute a change of government but of a regime.

In his speech in the mountains of Guerrero, where he launched the program to increase pensions for retirees and citizens of old age, the president said that corruption is the cause of poverty in the country.

López Obrador promised to put an end to this scourge and the luxuries of the government, and also to use all the money saved to support the Mexican people on behalf of the population.

He announced that 80 aircraft and helicopters used by high-ranking government officials will be sold and reaffirmed that there can be no rich government with poor people.

He recalled that the salary of top government officials has already been lowered and workers’ salary has been increased, which constitutes a rise in the minimum wage by 16 percent for the first time in 30 years.