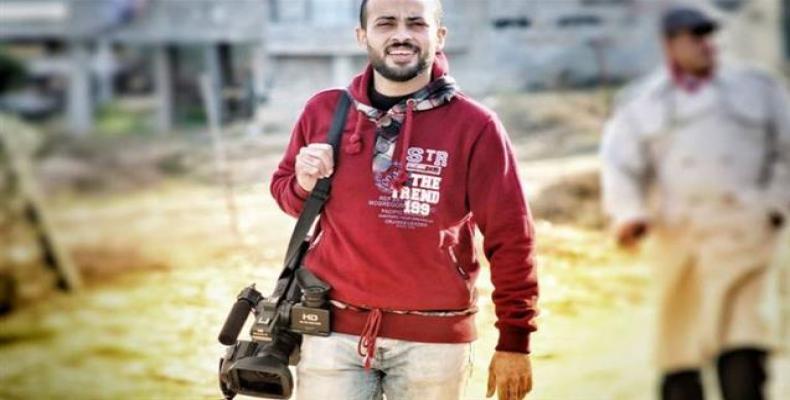 Ramallah, April 26 (RHC)-- A Palestinian journalist who was critically wounded by Israeli army gunfire nearly two weeks ago while covering anti-occupation protests along the border between the besieged Gaza Strip and occupied territories has died of his injuries.

He was initially transferred to a hospital in the central West Bank city of Ramallah, located 10 kilometers north of East Jerusalem, and then a medical center, where doctors were unable to save his life.

Abu Hussein worked for Gaza’s al-Shaab radio station and wore a protective vest marked “PRESS” at the anti-Israel protest.  He is the second journalist killed by Israeli army gunfire at Gaza protests.

Protests along the Gaza border since March 30th have led to clashes with Israeli forces in which at least 38 Palestinians have lost their lives and hundreds of others sustained injuries.

The Palestinian rally, dubbed the "Great March of Return," will last until May 15, which coincides with the 70th anniversary of Nakba Day (Day of Catastrophe) on which Israel was created.

More than 760,000 Palestinians -- now estimated to number nearly five million with their descendants -- were driven out of their homes on May 14, 1948.  Since then, the Israeli regime has denied Palestinian refugees the right to return, despite UN resolutions and international law that upholds people’s right to return to their homelands.