At least 15 killed in bomb attacks in Syria 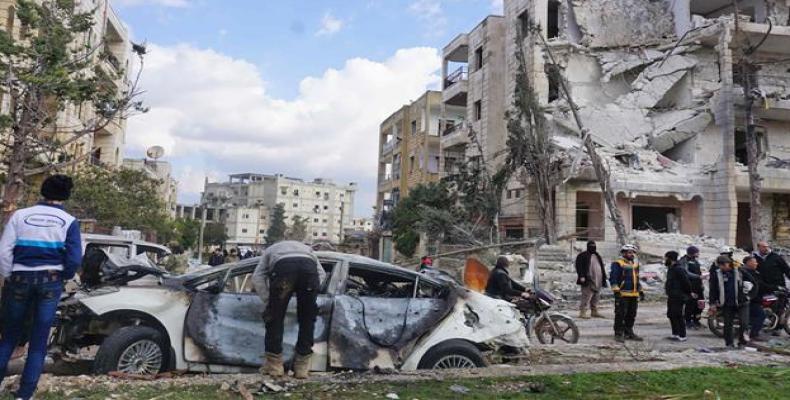 Damascus, February 19 (RHC)-- At least 15 people, mostly civilians, have been killed and scores of others injured in twin explosions in the militant-held northwestern Syrian city of Idlib, medics and witnesses say.  They added that the first blast occurred in a main street in the provincial capital on Monday after an explosive device planted under a parked car detonated.

Many of the casualties were civil defense workers who reached the area just moments before a second explosion nearby, which some witnesses attributed to a bomb rigged to a motorcycle.

According to the so-called Syrian Observatory for Human Rights (SOHR), the twin blasts wounded at least 25.  Social media footage showed aid workers carrying away dead bodies and rescuing wounded civilians.  There was no immediate claim of responsibility for the attacks.

Foreign-backed militancy erupted in Syria in March 2011, breaking out into an all-out conflict that drew in a mix of international terrorists and paid mercenaries fighting against the Syrian government.  But the conflict has been winding down as Damascus reasserts control over parts formerly held by militant and terrorist groups.