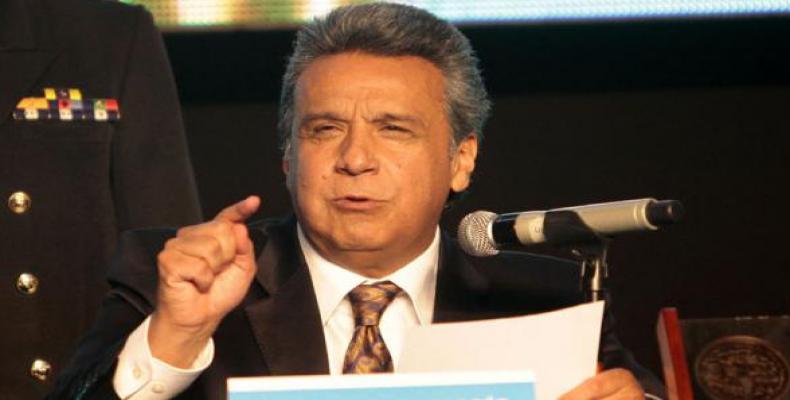 Ricardo Patiño stated on his Twitter account that a "true RECALL process starts today."  The process will be done because President Lenin Moreno -- "1) Did not comply with the government plan; 2) Is destroying what we did in 10 years; 3) He handed over the power to Nebot, Bucaram and MPD (Ecuadorean politicians and movements.); 4) Dismissed workers and wants to sell properties of the people; 5) And, as denounced by Mashi, he has graduated as CORRUPT."

These new alleged corruption complaints are based on a "research journalism" article from the web media platform La Fuente, under the title: "The Offshore Labyrinth Of The Presidential Circle: A new character is discovered in the labyrinth of offshore companies belonging to the presidential family."

In the article, La Fuente states that furniture and an apartment in Spain would have been allegedly paid through offshore companies in Belize and Panama, supposedly related to President Lenin Moreno and his family, mainly his brother Edwin Moreno Garces.

“We concluded that President Lenin Moreno is desperate to hide his corruption and we are calling on the Prosecutor’s Office to investigate these allegations against Moreno,” said former Foreign Minister Ricardo Patiño, at the press conference, before calling on people to mobilize to the Carondelet Palace (Ecuadorean presidential palace), to protest against the president.