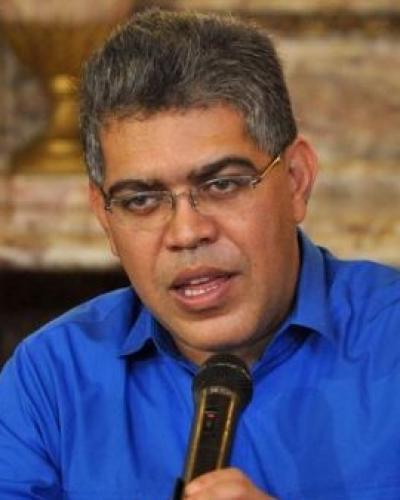 Caracas, April 1 (RHC) -- Venezuelan Foreign Minister Elias Jaua said the government is still waiting for the opposition to sit at the negotiation table, and is also praising the stance of the Union of South American Nations (UNASUR) in the face of the situation in the Latin American country.

In an interview on Monday with the Globovision TV channel, the diplomat said most of the population that opposes the government was awaiting the right-wing Mesa de Unidad coalition to take this brave step and engage in dialogue with the government.

According to Jaua, there are sectors of the opposition who still refuse to participate in dialogue, reiterating the goventment's willingness to an open discussion with all social and political factions.

"Violence is not the way," said the diplomat, calling on opposition groups to adopt the ethical and democratic path.

He acknowledged that there will always be differences between the left-wing government of resident Nicolas Maduro and conservative oppostion, but added that the desire to establish and maintain a peaceful dialogue should always prevail.

The Foreign Minister also praised the role played by UNASUR, which groups 12 South American nations including Venezuela, in ongoing efforts to settle the unrest.

Unasur's mission was aimed at supporting and accompanying the national dialogue spearheaded by the government of Maduro, in a bid to end the two-month-long violence across the country.

Jaua emphasized that while Unasur has expressed its support for dialogue as a guarantee of stability and peace in Venezuela, the United States continues to aid and prop up violent groups and sectors who refuse to participate in peace talks with the constitutional government.

Venezuela is the scene of violent anti-government protests since mid-February. At least 39 people have been killed and 559 others injured in the accompanying violence, supported by U.S.-backed opposition groups in a bid to destabilize the socialist government in Caracas.