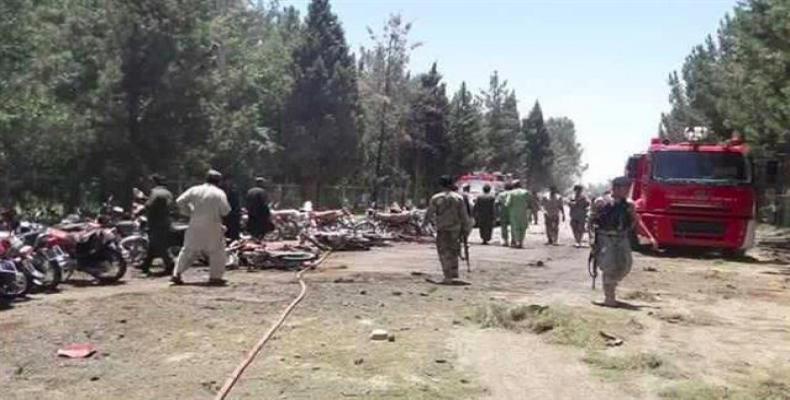 Kabul, June 22 (RHC)-- At least 29 people have been killed and over 50 others wounded after a powerful blast hit a bank in Lashkar Gah, the capital of the southern Afghan province of Helmand.

The Thursday blast targeted the New Kabul Bank branch, where members of Afghan security forces had gathered to collect their pay.  Omar Zwak, spokesman for the provincial governor, said the fatalities include members of the police and army, civilians and staff of the bank.  No group has immediately claimed responsibility for the attack.

In a similar incident last month, at least three people lost their lives and more than 30 others sustained injuries in the eastern city of Gardez, the capital of Paktia Province.

Afghanistan has been gripped by insecurity since the United States and its allies invaded the country in 2001.  Many parts of the country remain plagued by militancy despite the presence of foreign troops.

During the past 16 years, the Taliban militants have been conducting attacks across the country, killing, wounding, and displacing civilians.  The Takfiri Daesh terrorist group, which is mainly active in Syria and Iraq, has also more recently managed to gain a foothold in Afghanistan.  Daesh terrorists are now launching attacks of their own on Afghan soil.