Israel cuts by half fuel delivery to besieged Gaza Strip 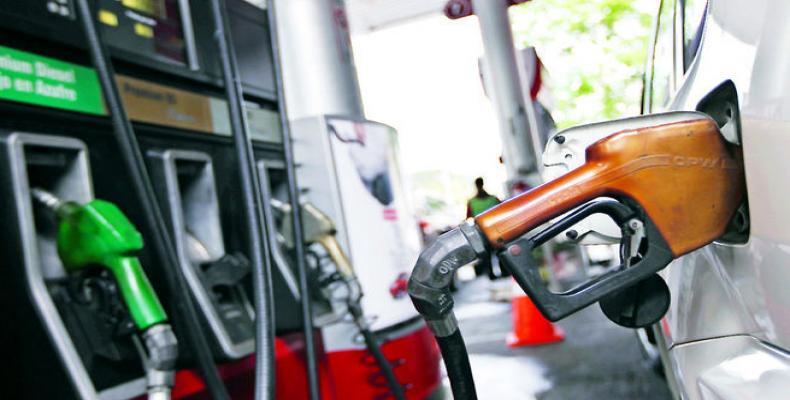 Tel Aviv, August 27 (RHC)-- The Israeli regime has reduced by half the amount of fuel supplies to the besieged Gaza Strip over claims of rocket attacks launched from the coastal enclave.

The Israeli military claimed on Sunday night that three rockets had been fired from Gaza toward the occupied territories and two had allegedly been intercepted.  Tel Aviv pounced on that pretext and conducted an air strike against the Gaza Strip as well as a region in Lebanon near the Syrian border.

Israel launches fresh air raids on the Gaza Strip and a Lebanese region, allegedly targeting the positions of a Palestinian group.

The Coordinator of Government Activities in the Territories (COGAT), a unit in Israel’s ministry of military affairs that oversees civil matters in the Palestinian territories, announced on Monday that the prime minister and minister of defense, Benjamin Netanyahu, had ordered to downsize by 50 percent the transfer of fuel through the Kerem Shalom crossing to Gaza’s only power station in Nuseirat, south of Gaza City.

COGAT said in a statement that "cutting the amount of diesel in half will significantly reduce" the plant's output.  The military body said the measure would be in effect until further notice.

Mohammad Thabet, spokesman for the Gaza power company, described the Israeli decision as collective punishment.  "We already are in a crisis and now the Israeli decision will make it worse. It will have a grave impact on the lives of 2 million people and on vital services such as hospitals," Thabet told Reuters.

Residents in Gaza usually have six hours of electricity supply, followed by 12 hours of power outage.  Thabet said the fuel cuts would shorten the six-hour periods to four hours.

The Gaza Strip has been under an Israeli blockade since June 2007. The blockade has caused a decline in the standard of living as well as unprecedented levels of unemployment and unrelenting poverty.  A Palestinian lawmaker says the economic loss imposed on the Gaza Strip by the Israeli blockade is estimated to have been 70 million dollars a month.

Palestinians in the coastal enclave have been protesting at the fence every Friday since March 30, 2018 to demand the right to return of those driven out of their homeland by Israeli aggression.

Israel has launched three major wars against the enclave, killing thousands of Gazans each time and shattering the impoverished territory’s already poor infrastructure.