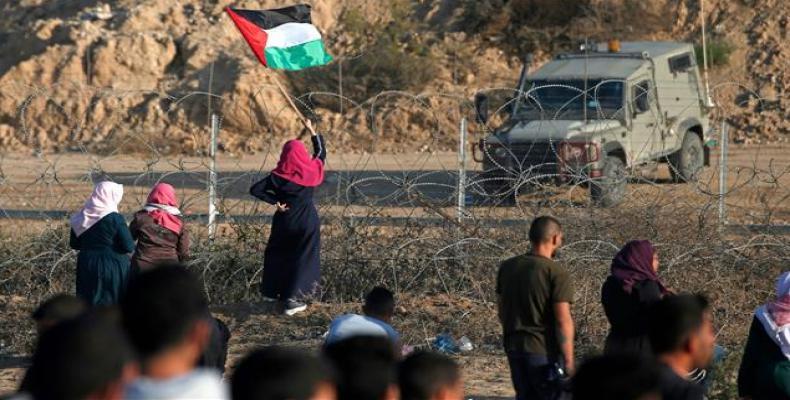 Ramallah, November 8 (RHC)-- At least 69 Palestinians have been injured after Israeli forces attacked anti-occupation protesters in the besieged Gaza Strip.  Ashraf al-Qedra, a spokesman for the Gazan Health Ministry, said 29 of the wounded people sustained gunshot wounds during the Friday protests in the east of the coastal enclave.

Palestinians have been holding weekly rallies in the Gaza Strip since March 30th last year to protest against the more than decade-long siege imposed by the Israeli regime on the enclave and to stress the right to return of the Palestinians who have been driven out of their homeland by Israeli aggression since 1948.