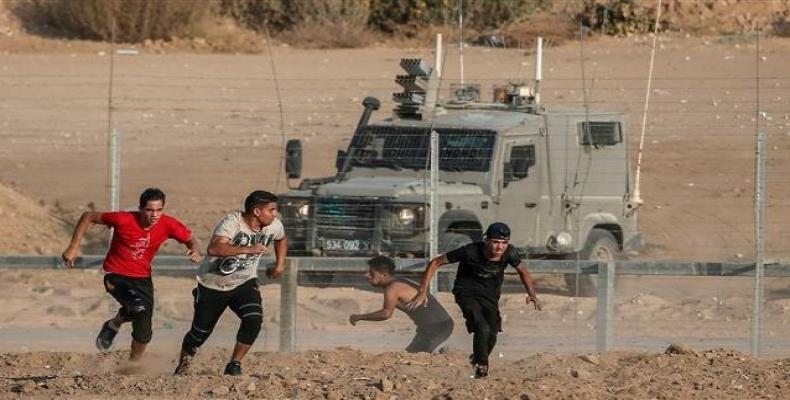 Gaza City, September 20 (RHC)-- More than 75 Palestinians have been injured as the Israeli forces attacked anti-occupation protests near the fence between the besieged Gaza Strip and the occupied territories.

The Gazan Health Ministry said 74 protesters and two medics were injured during the 75th Friday of protests.  Ashraf al-Qedra, the spokesman for the ministry, said in a tweet that 48 of the wounded were hit by live ammunition fired by the Israeli troops.

Palestinians have been holding weekly rallies in Gaza since last year to protest the siege on the enclave and stress the right to return of the Palestinians who have been externally displaced by Israeli aggression since 1948.