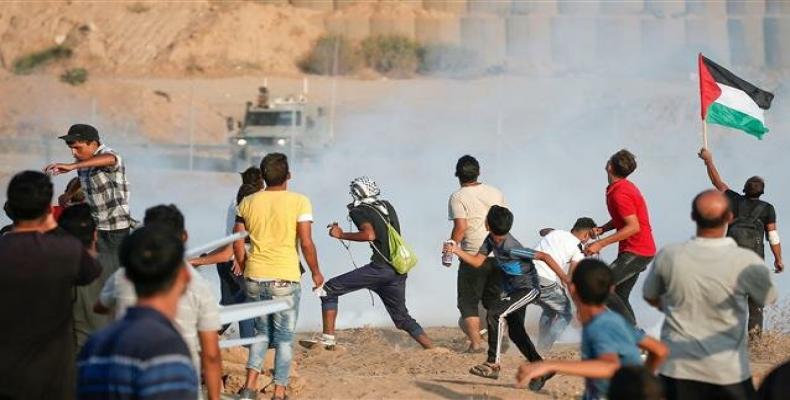 Ramallah, September 28 (RHC)-- Dozens of Palestinians have been wounded by Israeli forces during yet another round of crackdown on anti-occupation protests in the besieged Gaza Strip.  Ashraf al-Qedra, the spokesman for the Gazan Health Ministry, said in a Tweet that at least one Palestinian was killed -- a 20-year-old man named Saher Othman.  Israeli forces wounded 63 other Palestinians during the protests on Friday, at least 32 of the casualties were injured with live ammunition.

According to the spokesman, four medics were also wounded during the 76th Friday of protests.  The rallies have been held every week since March 30 last year.  The Palestinians want the return of those driven out of their homeland by Israeli aggression.

Israeli troops have killed at least 307 Palestinians since the beginning of the rallies and wounded more than 18,000 others, according to the Gazan Health Ministry.