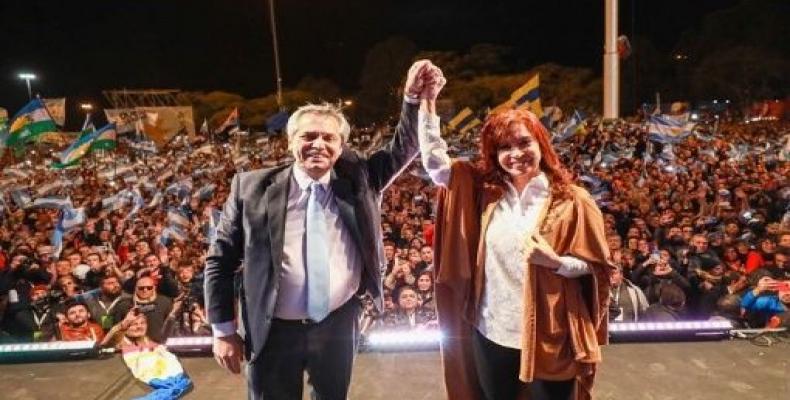 “We’ve suffered a bad defeat,” Macri said Sunday night as preliminary results gave the opposition Fernandez-Fernandez ticket of the Front of All coalition a 15 point lead over the right-wing president.

According to the government's official results, Fernandez obtained 47.22 percent of the votes, while Macri followed loosely behind with 32.36 percent and center-right Roberto Lavagna with 8.39 percent.

“We are here to create a new Argentina, not to continue past model, but to end this time of lies and give a new horizon...Argentinians realized we are the change not them,” Fernandez said during his victory speech in Buenos Aires.

While, Axel Kicillof the Front of All candidate for governor of Buenos Aires' province, one of the most important of the country and key for general elections, won with over 17 points over Macri’s candidate Maria Eugenia Vidal.

The post-electoral atmosphere transcurred amid allegations of “foul-play” as no results were presented for almost three hours after the expected time.

Senator and former president Cristina Kirchner urged the government for the delay and the alleged differences between the figures of the provisional scrutiny and the final results experienced in 2017 to "not happen again."

Peronist candidate Fernandez has promised access to free medicines for retirees and better wages for workers while hammering Macri for the uptick in poverty and unemployment as the country grapples with recession and 55 percent inflation.

To win the presidency outright in October, a candidate needs at least 45 percent of the vote or 40 percent and a difference of 10 percentage points over the second-place runner.  If there's no clear winner, voters will return for a run-off on November 24th.