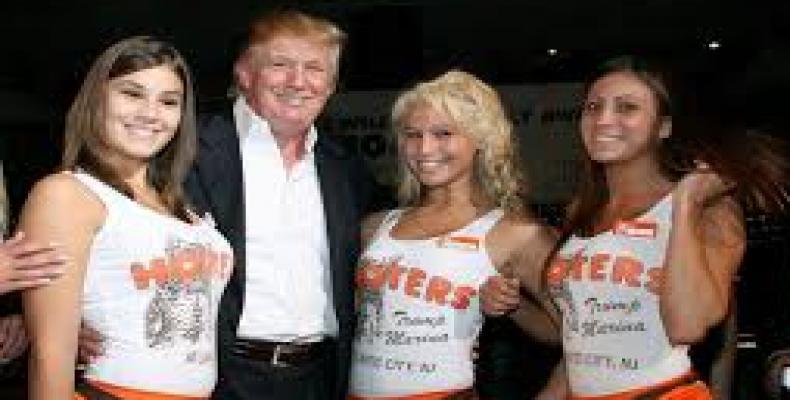 Washington, October 10 (RHC)-- U.S. President Donald Trump is facing dozens of new allegations of sexual assault and other inappropriate sexual behavior.  That’s according to the new book “All the President’s Women: Donald Trump and the Making of a Predator.”

In a newly released excerpt of the book, a woman named Karen Johnson says Trump hid behind a tapestry at Mar-a-Lago and then grabbed her and forcibly kissed her without her consent at a New Year’s Eve party in the early 2000s.  She said: “I was so scared because of who he was. … I don’t even know where it came from.  I didn’t have a say in the matter.”